A new start full of promise with Ward Racing! 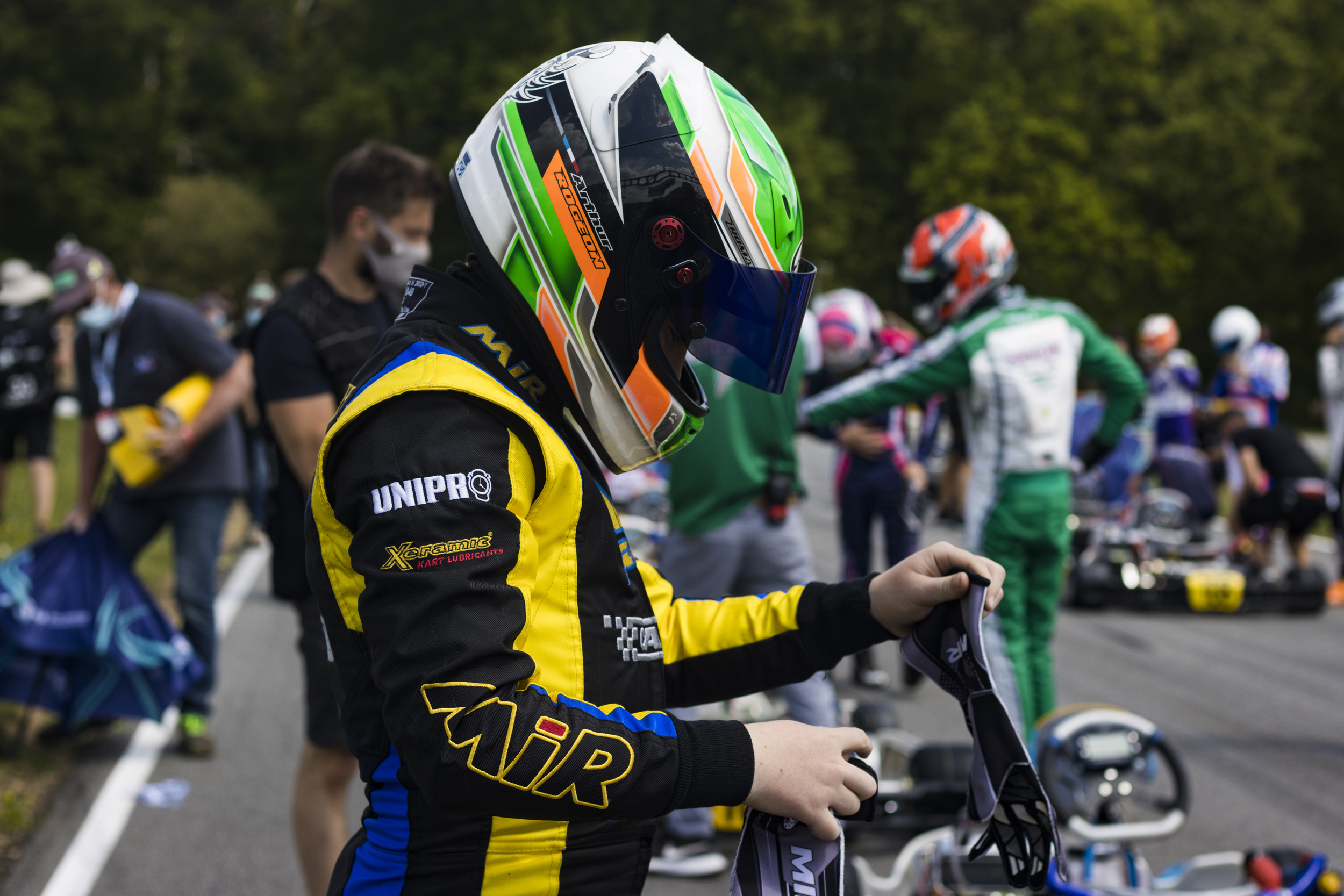 The second round of the FIA European Karting Championship put a smile back on Arthur Rogeon’s face and revived his confidence within his new team, Ward Racing. When the young driver from Laval arrived at the Aunay-les-Bois circuit he was brimming with enthusiasm and impatient to get back in the thick of the action. He left there satisfied as to his perspectives for the rest of the season in the OK category. He showed consistency and performance in the French round that deserved a happier ending.

In complete contrast to the opening event of the European Championship in Belgium marked by weather and a race that were both completely chaotic, Rogeon enjoyed a positive and enriching weekend in Normandy. The French hope had not raced in an event on his home turf for more than a year and a half, and above all he couldn’t wait to discover the modus operandi of his new team. “Joakim Ward’s whole staff gave me an excellent welcome,” smiled a delighted Frenchman. “We got down to work straight away to enable me to dial myself in in the kart. Even if I knew the Tony Kart chassis from the OTK factory as I often used it in the past, I had to reacclimatise myself to its handling and its braking that’s quite different from the kart I drove at the beginning of the season.”

Arthur used the different practice sessions to move up the hierarchy helped by a detailed and rigorous analysis of the data acquisition. He set the seventh-quickest time in his group and clinched a promising 25th time in qualifying out of 62 competitors. After a faultless display in the four qualifying heats the driver in the Swedish team gained more places. “With the exception of a start when I lost time because of the risky move of a competitor, I always managed to pull back places while improving my performance as the heats unfolded. The non-stop debriefs during the weekend helped pinpoint certain areas in which I still can improve. Details make all the difference in the OK category like the braking zones, power of the brakes, speed through the corners, the reacceleration technique to get the best out of the tyres, the strategy, etc. And I’m satisfied to see that I’m already competitive!”

While Arthur was able to appraise the very professional working methods of the Ward Racing team he also benefitted from the presence of Julien Abelli, the manager of the Simumotion firm, which is involved in the young driver’s physical and mental preparation. “We talked a lot which helped me to get a better handle on the race and to raise my awareness of my potential.”

Thanks to the aggregate of the qualifying heats, Rogeon moved up to 16th place and was hoping to score his first points in the European OK Championship before being caught up in a collision at the start of the final. He quickly pulled back a few places before having to retire with regrets on the 19th of the 25 laps, victim of another incident. “Despite everything it was a constructive weekend that helped the team and I to get to know each other better. I find that the chassis is very well balanced, the engines have a lot of grunt and I hope that I’ll be able to deliver very quickly!”