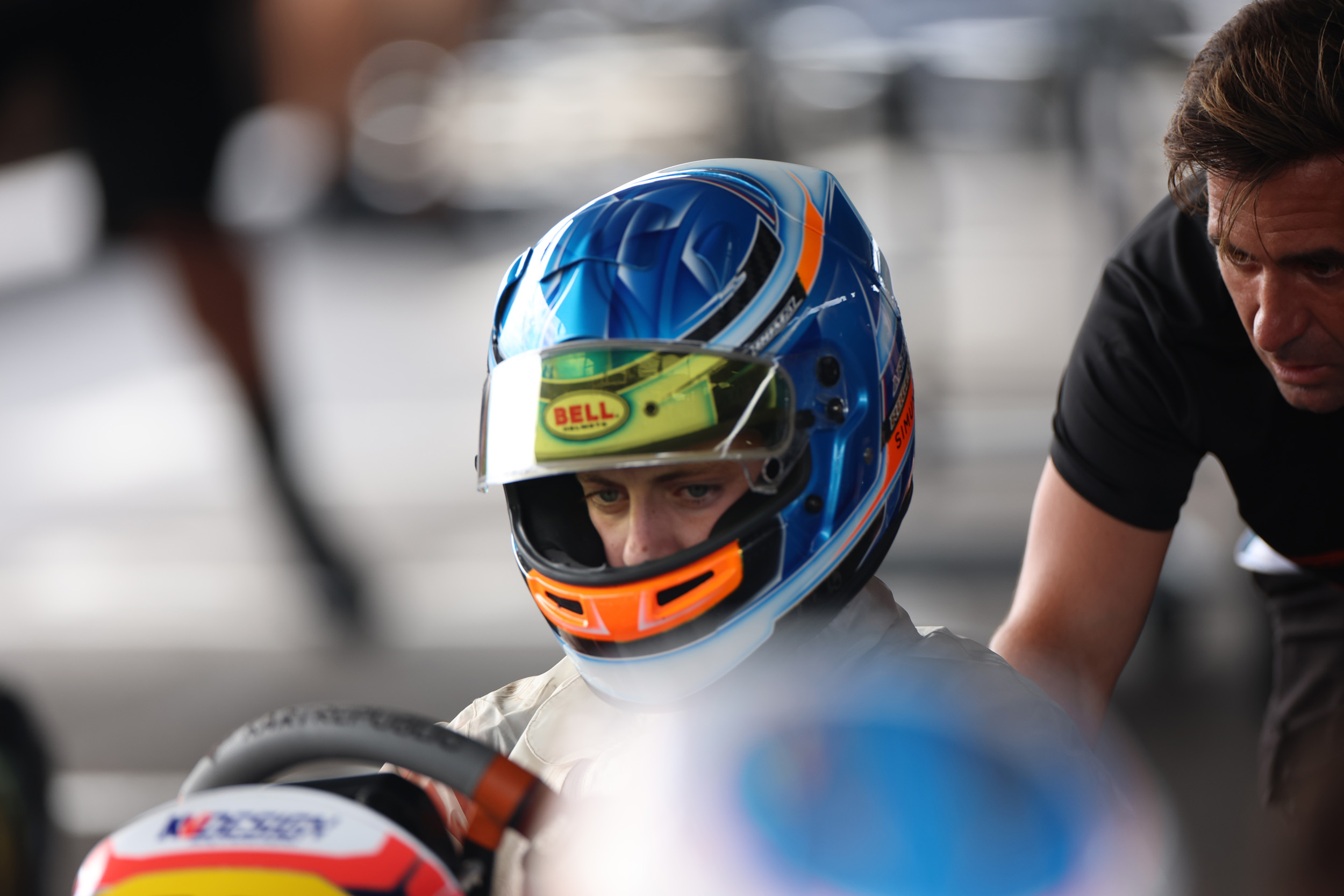 Arthur Rogeon has just raced in two major FIA Karting events separated by a two-week gap: the KZ2 World Cup at Le Mans in his native Pays de la Loire region and the OK World Championship in Italy, the country of karting! At Sarno, the driver from Laval recorded an encouraging performance in qualifying practice. He followed this up with a series of good showings in the heats. But just as qualification for the final looked on the cards and he had the pace to do it, the VDK Racing driver found himself faced with a pileup of karts in the final Super Heat that sounded the death knell of his hopes.

Gloomy weather enshrouded the Circuito Internazionale Napoli. On Friday and Saturday the weather played cat and mouse with the nerves of drivers and teams in their on-going search for optimal setups as the weather evolved. In international karting, competitors pass through a parc fermé where drivers can still choose between several technical options before going onto the pre-grid. This procedure can induce considerable stress when conditions are changeable and it’s time to tackle a decisive phase of the meeting – qualifying.

“My mechanic Freddy Martins and I made our choice; we wanted to start on slicks,” was how Arthur described the situation: “I wanted to go on to the pre-grid, but some drivers were hesitating and blocked the exit from the parc fermé. At the green flag, which indicates that you have the right to take to the track, there was still nobody on the pre-grid. In the on-going confusion, I set off as soon as I could about five minutes from the end without being able to plan the session or decide which hare to follow, and with overtaking moves to be made during my flying laps.”  Arthur’s middling qualifying time, eighth in his group and 29th out of the 90 drivers entered for this world championship event, was neither catastrophic nor especially morale-boosting. But it was a good enough base on which to build as he started on the fifth row of the grid in the five qualifying heats.

The French driver proved that his mission wasn’t impossible! By finishing in 14th, 8th, 5th and 15th places he found himself in 20th spot in the provisional intermediate classification. But the fifth heat didn’t go off very well. “Even before the first corner the driver who started behind me ran over the right-hand side of my kart. The crash damaged the chassis pretty badly and I had no choice but to retire. So I found myself in 36th place and the last qualifier for the final before the Super Heat.”

This Super Heat race was going to be a make or break. “I was disappointed not to be able to count on the chassis that suited me really well as it was wrecked. I tested the other one, the most rigid, in Sunday morning’s warm-up. I found it very difficult to drive so my team and I completely modified the setup before the Super Heat.”

Proof of the tension that reigned in the field was that when the first start was given it was judged to be a false one. And the second too! “The front rows braked sharply on several occasions which had a domino effect and several of us made contact modifying the position of the spoilers. We were automatically given five-second penalties. The race finally began on the third start – well, that’s one way of putting it – as in the second corner a massive collision took place in front of me and another kart landed on my spoiler. I had to do a slow lap for the plastic to wear down before I could start driving normally. And I was really surprised as my kart was super quick! Despite my initial loss of time, I was able to pull back 12 places and set the fourth-quickest lap in the race.” Enough to leave a few regrets as in the end he just missed out qualifying for the final by a hairsbreadth!

At the end of what has been a very busy year, it’s time to think about the future and decide between karting and single seaters. More news in the near future…