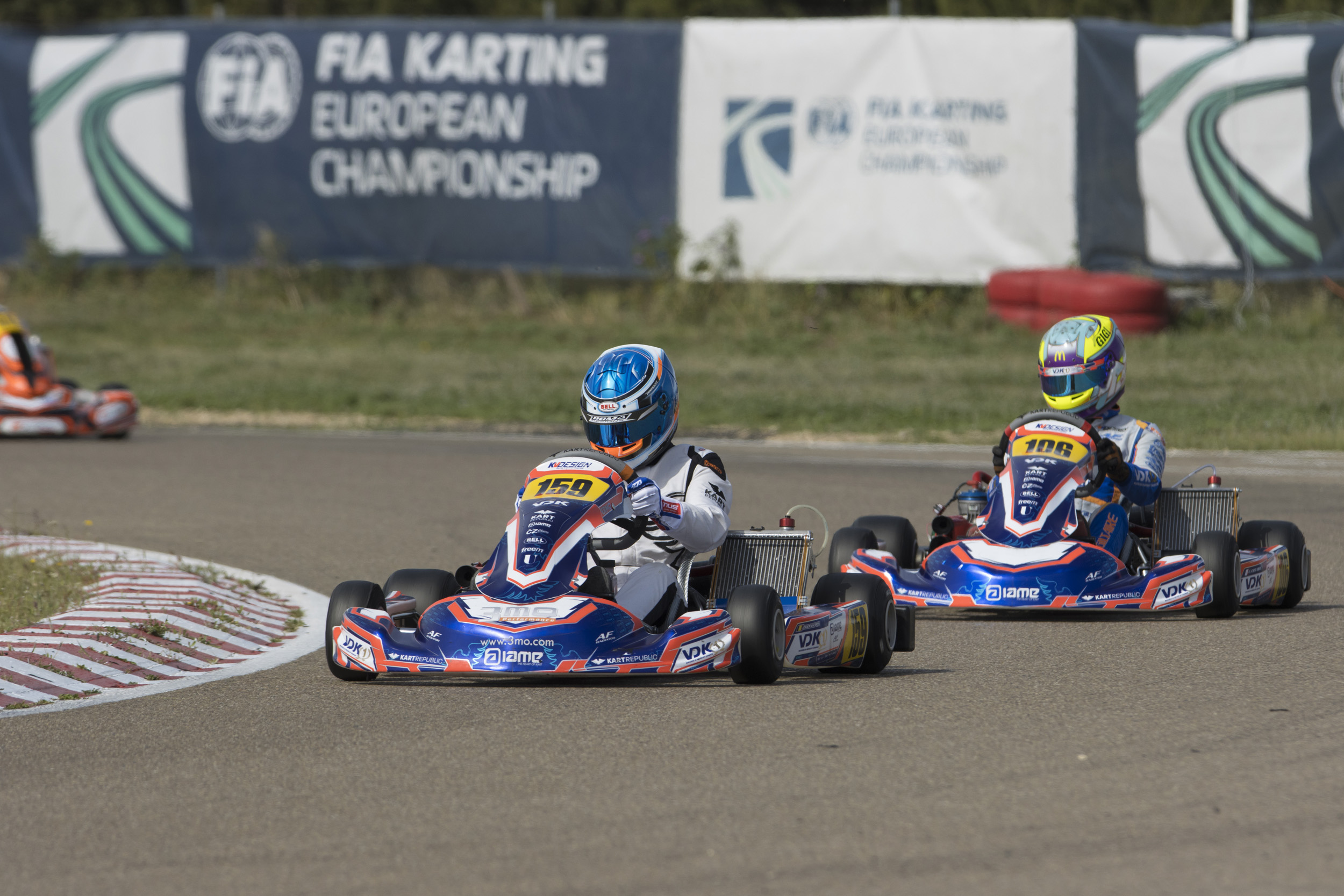 Arthur Rogeon clinched an excellent 13th place on the Zuera circuit in Spain and scored his first points in the FIA European Karting Championship, the top category in the sport. The result was as heartening as the manner in which it was achieved as the young kart driver from Laval put on a top-level performance from start to finish of the weekend avoiding the many traps. This exploit opens up new horizons for him for the second part of his European campaign and, of course, for the all-important world championship in September.

The crucial phase of qualifying practice can often dictate the outcome of an international kart race. “In free practice I was already very quick and I felt that I could fight at the front. But it was absolutely crucial that I didn’t mess up qualifying!” The 66 drivers were split up into three groups in the chase for pole position. Arthur set the fourth-fastest time in his group in very good company as the only drivers who beat him were two 2021 world champions (OK and OK Junior) and the runner-up in the 2020 OK World Championship. “I managed to position myself in the right place in the pack with a good driver in front of me so I wouldn’t be held up.  I’m a bit sorry that I didn’t do a third quick lap as I set my best time on tyres that were not fully warmed up.” The accumulation of the three groups gave him 12th place overall.

His next mission was to make the most of his excellent timed practice performance. Arthur set out to tackle the heats starting in fourth place on the outside line in each one. This can lead to setbacks for its occupants who are sometimes bunched up by the drivers placed near the apex in the very quick right-hand corner following the start. But Arthur used the situation to his advantage and finished three of the five heats on the schedule in the top 5 including a couple of fourth places! He played down this analysis: “In the other two heats I didn’t always make the right choices and I overheated my tyres.” By finishing his qualifying effort in eighth spot in the Super Heat he obtained a very promising 13th place on the grid for the final.

The last 18 laps of the weekend are seldom the easiest. The 36 most competitive drivers are ready to give everything to score the maximum number of points in the European Championship ratings. If in Formula 1, 10 of the 20 drivers are rewarded at the end of a grand prix, in top-level karting only 22% have this privilege. Arthur really didn’t have a moment’s respite between the lights going out and the chequered flag. He fought right till the very end to clinch a 13th-place finish and score his first three European points!

“I’ve achieved my objective even though I’d like to have finished in the top 10. Everybody’s racing in the same tenth-of-a-second so it’s difficult to pass unless you try a technical gamble, on the gear ratio for example. But that’s a bit risky. Whatever the case I think this result represents a major step in my progress and I’d like to thank my team VDK Racing, engine tuner KVS, my mechanic Freddy Martins, my family and all my partners for their support.”

The second half of the European Championship begins on 3-5 June in Kristianstad in Sweden. Arthur will be at the wheel of the no. 159 KR-IAME in which he will be determined to confirm and improve on his good result in Spain. As usual, everyone will be honing their weapons two weeks earlier in the Champions of the Future Euro Series preparatory race.