A Junior brimming with hope just 3 days from the World Championship! 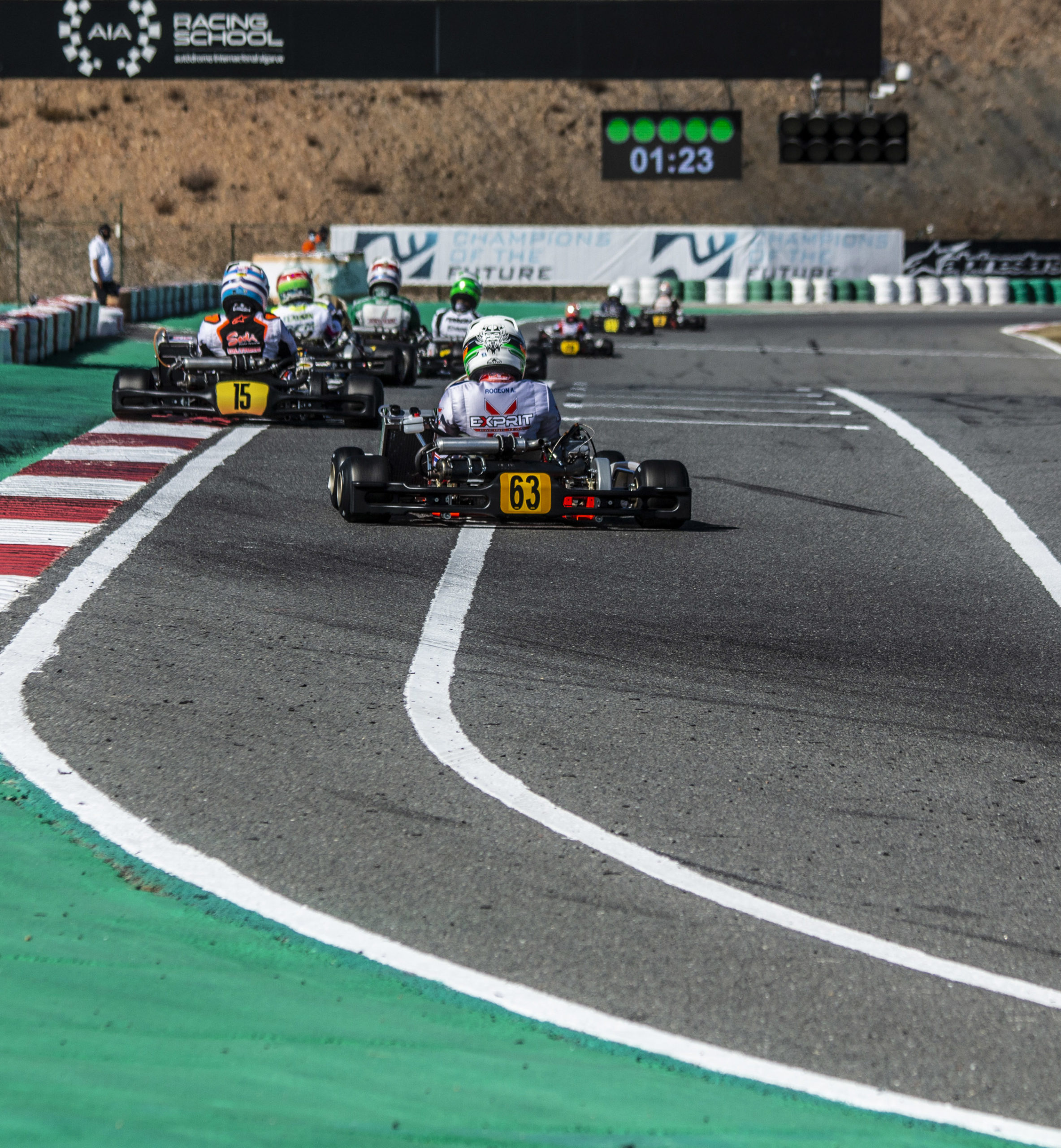 The 2020 season has been completely unlike any other. All kart races on French soil have been cancelled in the wake of the latest government decisions. However, the world championships in the OK and OK-Junior categories will go ahead as scheduled, unless there is some last-minute upset, next weekend (6-8 November) at Portimao in the south of Portugal. Arthur Rogeon from the Pays de la Loire region is one of France’s hopes in the Junior category, and he is already on the spot like the majority of his rivals in this eagerly-awaited world championship event. In the Algarve he raced in the second and last round of the Champions of the Future Series to play himself in. Make no mistake, the Exprit Racing Team driver is primed and raring to go!

Without the pandemic the world championship would have taken place in Brazil and not Portimao. The paddock regulars could have found themselves in a much worse location as the circuit is well situated and very hospitable. The Kartodromo was built beside the race track that hosted its first F1 Portuguese Grand Prix on 25th October. Last weekend, it echoed to the sounds of the prototypes and GTs in the European Le Mans Series and in less than three weeks it will be the turn of the MotoGP riders to test their skills on the 4.692-km Portuguese layout.

Arthur does the job!

In free practice Rogeon was penalised by the obligation to run in three engines, which effectively took up three of the six sessions allocated to prepare for the timed laps. So how do you run in a kart engine? “During the ten minutes that a practice session lasts you build up speed and lift off less and less frequently and you end with a flat-out final lap.” Arthur qualified 26th out of 89 competitors and just a few hundredths of a second less would have given him a place just shy of the top 10.

In the first heat on Friday afternoon he was the victim of a pretty scary crash. “I was pushing hard behind Romain Andriolo when a driver’s engine seized in front of him. He had just enough time to swerve, but I saw the obstacle at the very last second and couldn’t avoid it. My chassis was completely twisted and I was bruised all over.” Arthur wasn’t sure of being able to continue. However, the organisation’s doctor gave him the green light after seeing that everything was okay in Saturday morning’s warm-up session.

The team did a good job prepping a replacement chassis and Arthur put on a heroic performance by taking part in the last four heats and moving up the timesheets in each one. His fifth place in the fourth one really underlined his combativeness. The fifth and last heat wasn’t too bad either. “I could have won this one despite being ninth on the grid. I was second after the start and just afterwards I dived inside the leader to take him by surprise but he pushed me off onto the grass. I tried to do the same thing a second time. He reacted in the same way and this time several drivers got past me and I finished sixth.” Talk about fighting spirit…

From 17th spot on the pre-final’s grid he fell back to 22nd after being rear-ended, which damaged his bumpers that started to rub against a wheel.

The final began with a collision, but Arthur gritted his teeth and was eventually classified in 21st place. Cumulating this with his results in Zuera in July gave him 12th place in the Champions of the Future Series’ final ranking.

A reminder that the first FIA Karting World Championship title of the year (in the KZ 125cc gearbox category) went to a Frenchman, Jérémy Iglesias. This triumph is the stuff of dreams of more than one of his fellow-countrymen, including a young guy from Laval!