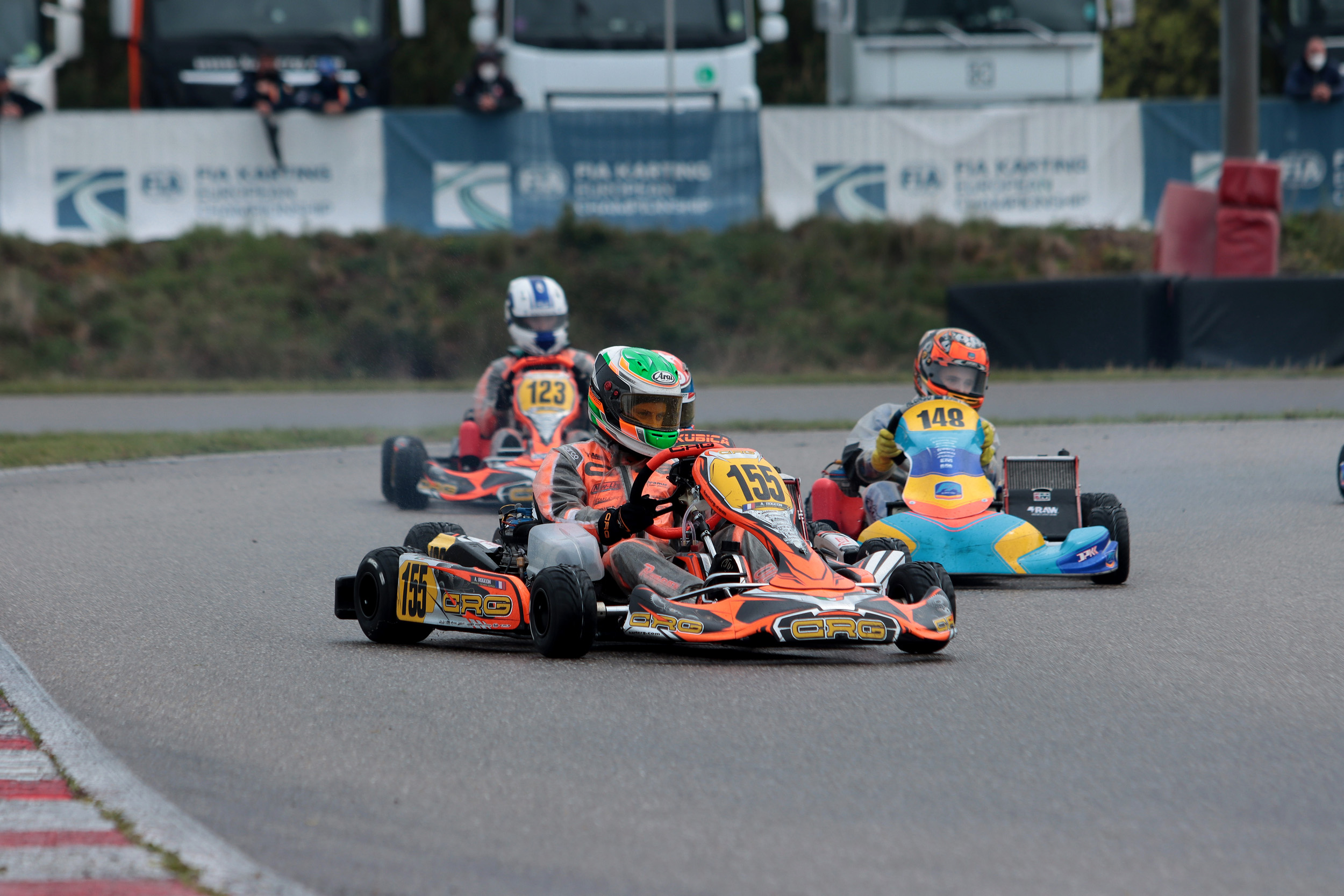 Arthur Rogeon has been working hard since the beginning of the season in the works CRG team taking part in several major international events to hone his preparation for the 2021 European Championship in the OK category. The first event in this FIA Karting competition on the Belgian circuit in Genk was a bit of a curate’s egg for the youngster from Laval. He was delighted with his stunning performance in timed practice that gave him a place on the front row for the qualifying heats. Unfortunately, the rest of the event proved to be a series of disillusions. He has decided to make a fresh start and will tackle the next event in France at the wheel of a Tony Kart-Vortex run by Swedish team, Ward Racing.

The European Championship is a major test on the sporting calendar of a kart racer. In 2021, it is spread over four events: Genk (Belgium), Essay-Aunay les Bois (France), Naples-Sarno (Italy) and Saragossa-Zuera (Spain). In Belgium Arthur was hoping to confirm his growing potential. “At the beginning of May I was already in Genk for the opening of the Champions of the Future series, and I returned feeling pretty disappointed,” he says. “Two weeks later, in the European Championship event, there was no sign of the progress I was expecting. I wasn’t able to use free practice to find my marks. As I expected that setback put me on the back foot for the rest of the meeting.”

Despite everything he never gave up and his perseverance was rewarded during a wild qualifying session. “We were all ready to go out when a few drops of rain began to fall. Like the other drivers we decided to set off on slicks. The aim was to do at least one quick lap by taking advantage of a track that was still dry in the early moments. But the rain intensified when we’d just covered a few metres!

“As it wasn’t possible to go back to the parc fermé to swap to the chassis set up for rain we continued hoping for a lull. It finally came at the very end of the session. I managed to make the most of the small amount of grip offered by certain trajectories to clinch the fastest time in my group.” The young Frenchman’s combativeness was just what the situation required and he found himself on the front row of the grid for the four heats to come!

Arthur’s joy at having put one over on his rivals and finding himself in the spotlight in what is a very tough category soon turned to disillusion. In the heats race incidents multiplied in keeping with the rhythm of the weather’s caprices and he also ran into technical glitches. These setbacks destroyed his hopes of qualifying for the final after a weekend marked by the collapse of the osmosis between the driver and his team.

“It became difficult to share as much with the team as in the first races of the season. Of course, I share part of the responsibility; I didn’t manage to adapt my driving style to get the most out of my machine. After analyzing my situation with my entourage I’ve taken the decision to change teams and join Ward Racing. I would like to thank Mr Tinini’s whole outfit for the opportunity they gave me. I’ve learned a lot in terms of work methods and I’ve been able to improve my technical skills.

“But it’s not easy for a young driver to grow in a works team, which needs to spotlight its image while ensuring the developing of its kart. Maybe I was thrown in at the deep end too soon. With the staff of Swede Joakim Ward I’m going to discover a family team with which I’m going to be able to resume my progression. In addition, I’ll be back again with the Tony Kart Vortex package which I know well as I used them frequently when I was racing in Junior.”

Rendezvous between 27-30 May on the international Aunay-les-Bois circuit near Alençon in Normandy for the second event of the 2021 FIA European Karting Championship.