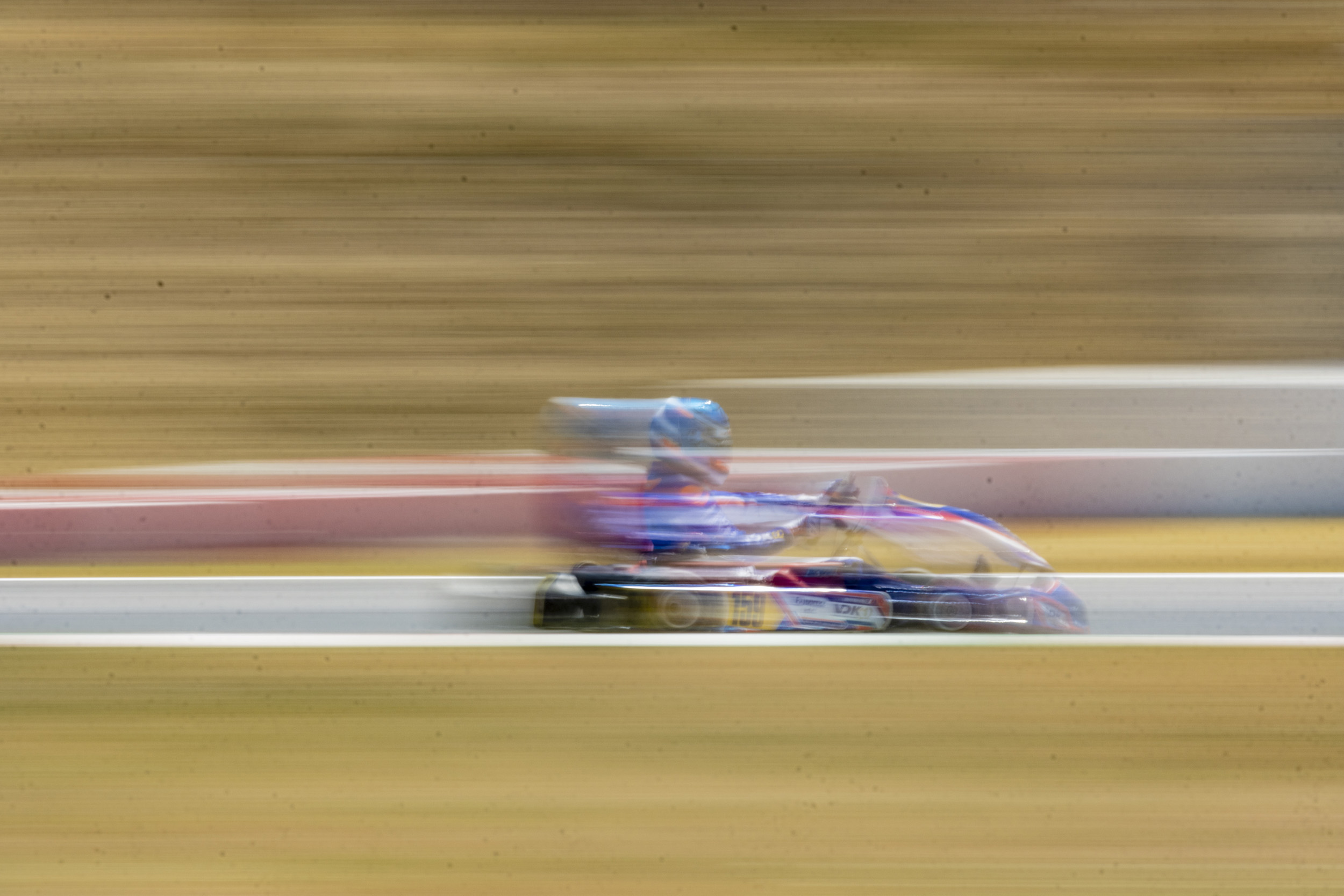 Round 4 of the FIA Karting European Championship @ Franciacorta, 8-10 July 2022

The curtain fell on the European OK Championship in the north of Italy where Arthur Rogeon reached the final yet again. The Frenchman’s weekend did not begin on an ideal technical basis. But he remained faithful to his credo of never giving up and he was able to get back on the pace and once again demonstrated his out-and-out speed. Now it’s time to think about the two world challenges that await him in the autumn!

Two weeks earlier in the Champions of the Future Euro Series on the same Franciacorta circuit, the VDK Racing driver had set excellent times, whether in wet or dry conditions, as well as pulling off overtaking moves with consummate ease. Two weeks later he sounded the alarm! The conditions had evolved and he was no longer happy with his kart. “I set the thirty-eighth quickest time in qualifying so I knew we had a problem. We decided to swap to the second chassis and the second engine. It was the kart in which I set pole in Kristianstad whose characteristics were different. But as I hadn’t been able to test this chassis in free practice the team preferred that I went on to the grid for the first heat with the first chassis and the first engine. However, I wasn’t able to start as I had an engine problem on the formation lap.” Second setback!

The decision was taken, and on Friday afternoon Arthur trialled his second chassis directly in the second heat and hope sprang afresh. “It was like day and night! Finally I found some speed. I started in 13th place and finished sixth only a second behind the driver who came second. I tried to do my very best to climb back up though the field in the three remaining qualifying heats on Saturday, but it wasn’t until the Super Heat that I managed to scrape into the final by pulling back nine places:” For the third time on the bounce after Zuera and Kristianstad.

Arthur began by gaining around ten places in sectors 1 and 2 on the first lap. On lap three he pulled off a pass on the inside of a flat-out curve and his rival pulled over on top of him so contact was inevitable. “Although the chassis was damaged in the impact, I managed to make it to the chequered flag in 27th place.”

Finally, he came home in 26th place in the European Championship in which 97 drivers tried their luck, in other words 22 places better than the previous year. But the European chapter is now closed for Arthur and in September he will be competing in the KZ2 World Cup at Le Mans and the OK World Championship at Sarno. “To prepare for the world championship I hope I’ll be able to take part in a round of the WSK Euro Series from 29th to 31st July. We’ve added the KZ2 World Cup to my programme as the event’s taking place on home turf at Le Mans. It’s for karts with gearboxes, a category in which I’ll discover the international level on this occasion!”

Two days’ testing are scheduled at Le Mans on 14-15 July. On the day of the National Celebrations Arthur will be preparing to defend French colours in the big event that’s being held from 3rd to 5th September. Save the date!