Arthur prepares to finish his European Championship in style! 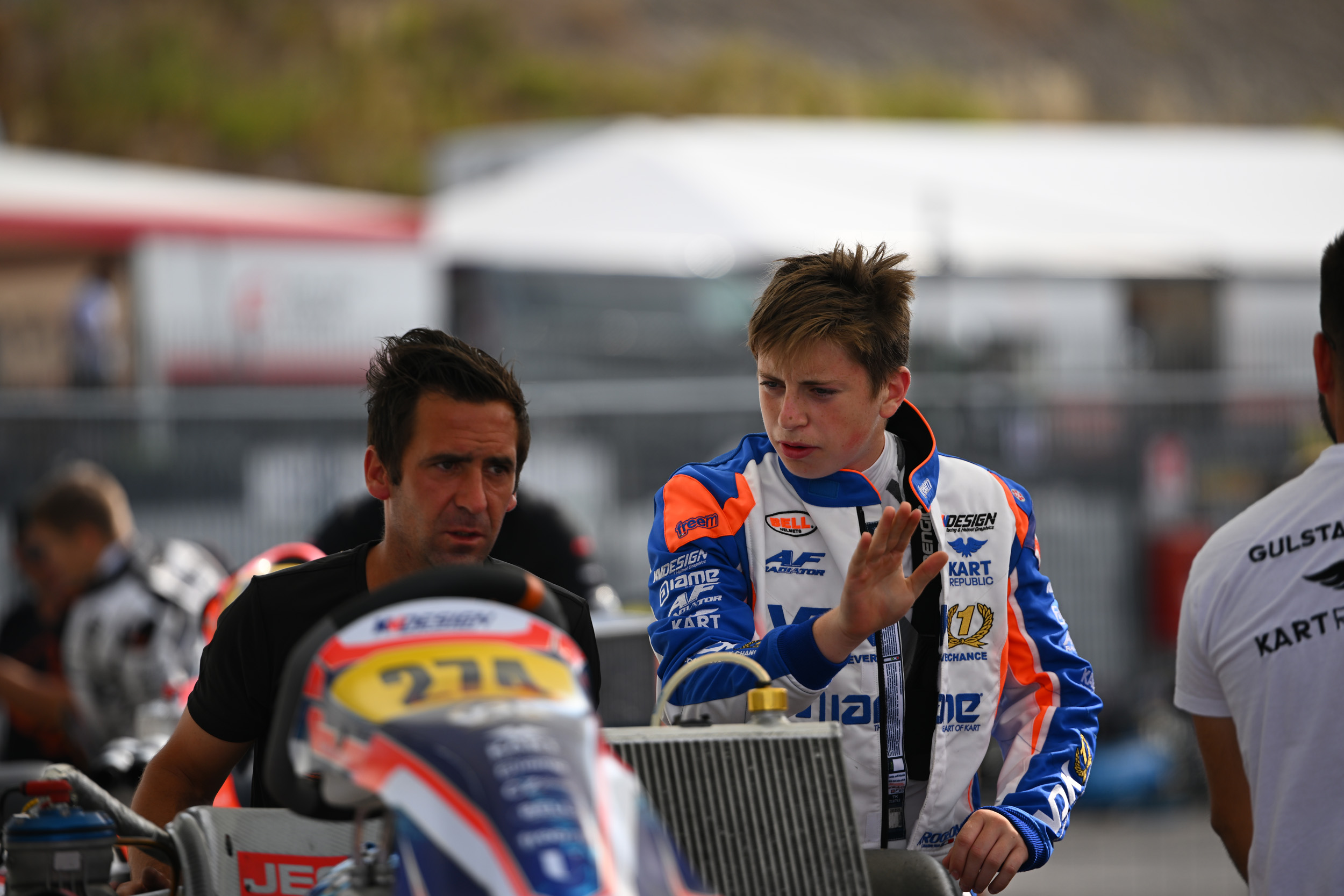 The field of the International OK category comprising more than 60 competitors has got used to the rhythm. The Champions of the Future Euro Series events are scheduled two weeks before each round of the FIA European Karting Championship. Thus, from March to June, teams and drivers have been able to carry out live rehearsals for the European contests in Portugal, Spain, Sweden and Italy. In the last preparatory race in Franciacorta, Arthur Rogeon from Laval, one of the four French musketeers entered in this championship, again showed his competitiveness. Next week not far from Brescia he will do his utmost to put on a cracking performance.

Arthur had never driven on the Franciacorta circuit before this meeting, his experience of the Italian track being limited to two days’ testing the week before the race. His main rivals had a small advantage as they had competed in the Winter Series in February on this 1300-metre layout when Arthur hadn’t yet found his 2022 team.

“Until the heats I was still a few tenths-of-a-second off the pace. My kart was running well, but 34th time in qualifying was the best I could achieve. Quite simply, I didn’t have the speed to do any better at this stage of the meeting.” Honesty is a beautiful quality! But Arthur’s a real fighting machine and he was on it right from the first qualifying heat. “My team VDK Racing and I did a good job on my driving and on the chassis to adapt it to the evolution of the track conditions. I gained places in each of the five heats. On Friday evening, I pulled back nine places in the rain to clinch a third-place finish in the B/D heat! And on Saturday afternoon I matched the pace of the leaders.”

These results, completed by a 7th place in the Super Heat, saw the Frenchman move up 20 positions to start 14th on the grid for the final. Arthur quickly fought his way up to ninth. On lap three a rival side-swiped him when trying to pass and this cost Arthur six places. A bit further on when he tried to overtake a kart, the other driver didn’t see him and they collided. “I was able to rejoin and see the chequered flag with a twisted chassis. When I analyse the performance of the drivers who were behind me early on in the race I think that we were fast enough to aim for a podium finish. But the main objective was to prepare for the European Championship race; we know that we already have the speed and that’s very important.”

And all this speed needs to be transformed into results on 8-10 July in the final round of the 2022 FIA European Karting Championship at Franciacorta!