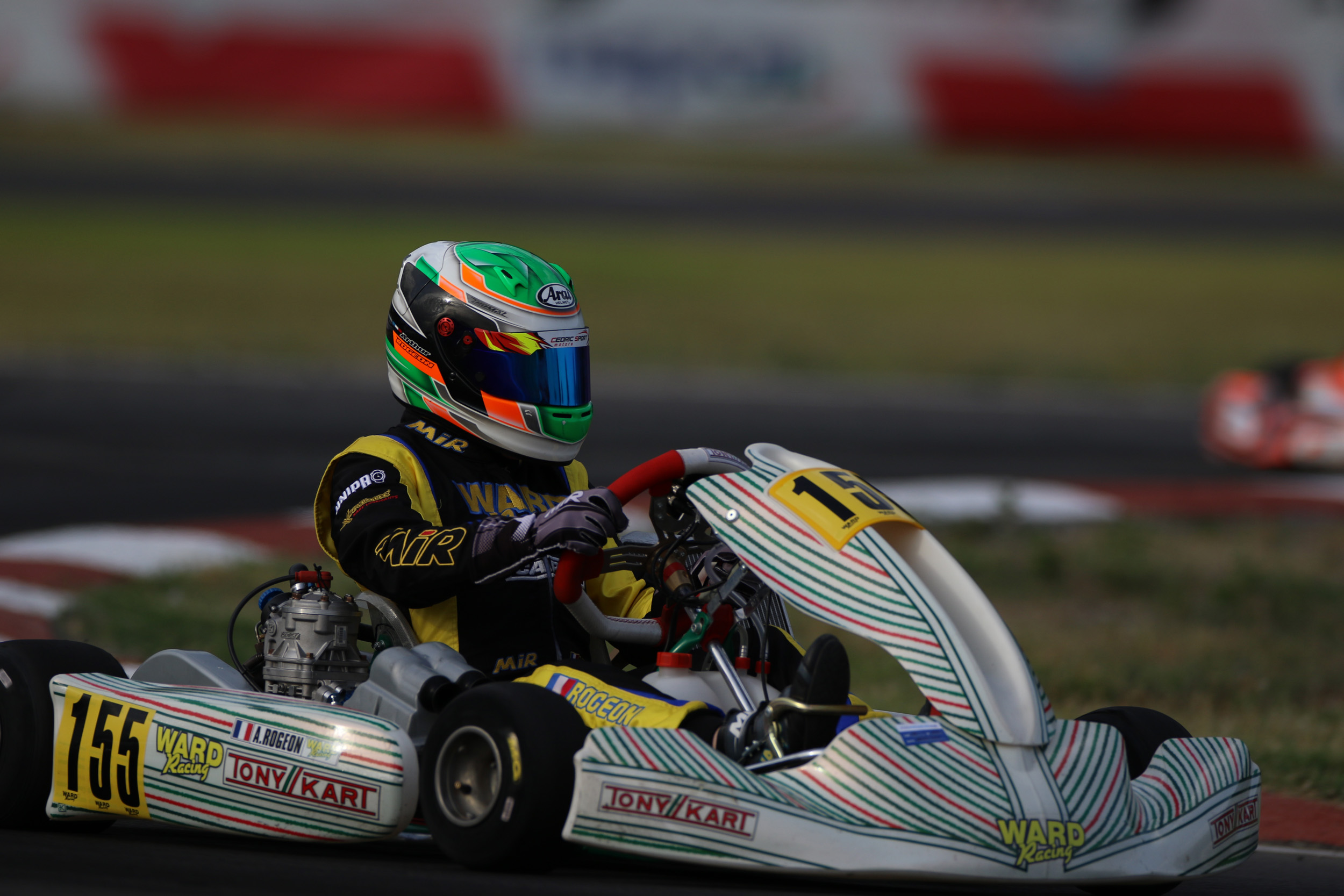 After a 2020 campaign in OK-Junior full of promise, Arthur Rogeon aged only fourteen-and-a half set himself one hell of a challenge by choosing to pursue his career this season in the FIA Karting international hotbed of talent, the OK category, with the best world hopes. The European Championship has just finished on the Zuera circuit in Spain and the ASK Laval club member used this opportunity to showcase his talent on several occasions and make people sit up and take notice thanks to his incontestable speed on the track.

The life of the international Zuera circuit just outside Saragossa was paced by international karting for more than 10 days as Rogeon confirms: “A week before the European Championship final the FIA Karting promoter organised the second event in the Champions of the Future series. It was an excellent way to prepare and measure myself against my rivals.” At the wheel of his Tony Kart-Vortex run by the Ward Racing team, Arthur got the meeting off to a good start by setting the 20th-fastest time straight off the bat in the timed practice sessions in a field of 54 drivers. He regretted making a mistake and losing a little time when he was perfectly placed at the end of the session to take advantage of the slipstream of a very quick rival. The Top 15 was within his grasp. Unfortunately, the qualifying heats would start with an incident that would have much more serious consequences than the driver from the Mayenne region could have imagined.

This damaged chassis – a real pity

“In the two heats following the collision of which I was the victim in the first one, I wasn’t able to recapture the same level of competitiveness that I’d shown in the timed session and I finished just shy of the final phase,” regretted Arthur. “A few days later things hadn’t improved in free practice for the European Championship. I was clearly not quick enough and neither myself nor the team could understand why. Depending on the corners the chassis started to slide or it lacked effectiveness because of too much grip.”

As miracles are as rare as hen’s teeth in karting, Rogeon found himself at the bottom of the time sheets in timed practice. The doubts and questions surrounding this lack of performance were not quelled in the first two heats. After a frank discussion with his coach, Julien Abelli, he took the courageous decision to change chassis and use the spare without even having tested it. Suddenly, the young French hope began to bounce back on the difficult 1700-metre Spanish circuit.

“Maybe the incident that occurred the previous week damaged my chassis or maybe it was just too worn out. Unfortunately, the team didn’t notice this. This change enabled me to set lap times much more in keeping with my true potential. In the third heat I managed to pull back eight places on the track and set the fourth-quickest time. I lapped in the same tenth of a second as my team-mates who were fighting at the front. In the following one I fought my way up from 20th to 12th place. It’s a pity we didn’t test the chassis in free practice, the race wouldn’t have been the same! But that’s part of motor sport!”

Unfortunately, Arthur finished three points short of qualifying for the final with the accumulation of the heats. But at least this late chassis change gave him back his confidence and confirmed his potential at this ultimate level of competition. Private tests in Italy are scheduled for August to prepare the final part of the season. Watch this space!