Arthur Rogeon in the final for his first race in the top category! 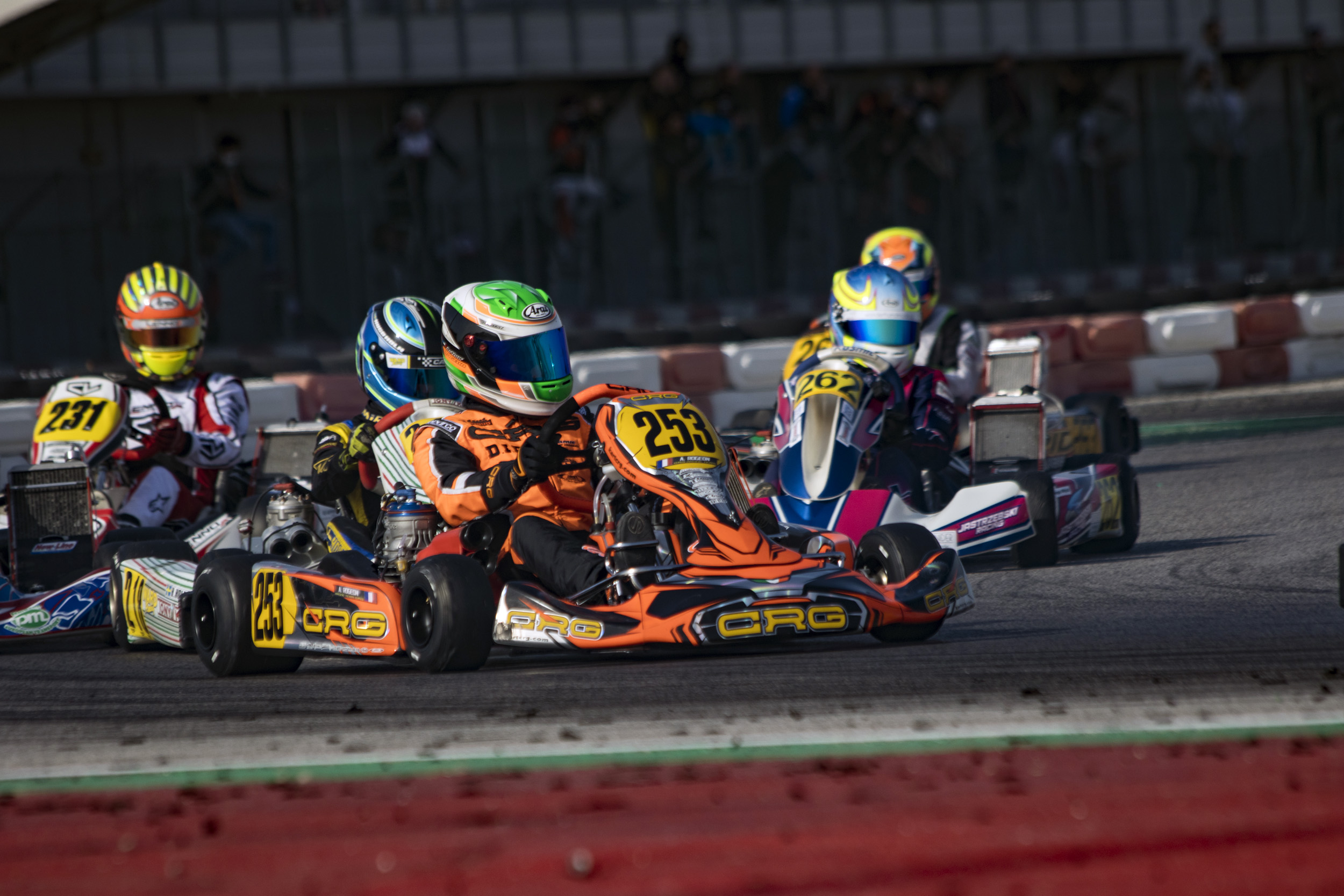 The young driver from the Bretagne Pays de la Loire region of France, Arthur Rogeon, kicked off his season on the Adria circuit which, as its name indicates, is on the Adriatic coast south of Venice. It was his first race as a works driver for the Italian CRG manufacturer and in OK, the top category in karting without gearboxes. Arthur and his team still have a lot of work to do to fight at the front. But by qualifying for the final by the skin of his teeth he sent a positive message to all his supporters. In terms of determination and the will to progress Arthur shows more than ever that he has what it takes.

The lessons of his first outing can be summed up in a tendency and a highlight. The driver in the no. 253 kart gives us his debrief: “It was good to make it into the final, but we must remember that we need more performance. I did three days testing at Adria to get to know a circuit with which I wasn’t familiar, but we had only one dry day. We lacked track time to fine-tune the setups. The team and I did a huge amount of work during the meeting to run through different setup solutions. The best moment of the weekend was the pre-final on late Sunday morning. We put our finger on the right setups and I pulled off a fair number of overtaking manoeuvres as I fought my way up from 28th to 17th place. So I scraped into the final by just over one tenth of a second!”

Arthur started the final in 34th place, never stopped pushing and crossed the finishing line in 23rd position. Good foundations, certainly, but everything still has to be put in place. It is quite logical when you make your debut in such a highly specialised category with so many first-class drivers on the grid as well as discovering a new technical environment. It has to be admitted that OK is quick, very, very quick. “When you cross the timing line on the Adria circuit you’re already doing 122 km/h and the end of the straight is still a long way away. The times are two seconds faster than in the OK Junior I drove last year thanks to the engine, but also the tyres. You can brake later and accelerate earlier.”

It should be added that most of Arthur’s 62 rivals had raced in the WSK Champions’ Cup a week earlier on the same circuit. In addition, the rookie from Laval was the only representative of the CRG firm in OK as his Finnish team-mate was blocked in his home country. So there was no data comparison possible. Luckily there will be a 3-driver line-up in the European and World Championships to help the team claw its way up the timesheets.

At present, the season of preparatory races is in full swing. From 26th to 28th March Arthur will get to grips with the new Sarno layout where he will compete in the last leg of his European campaign this summer.