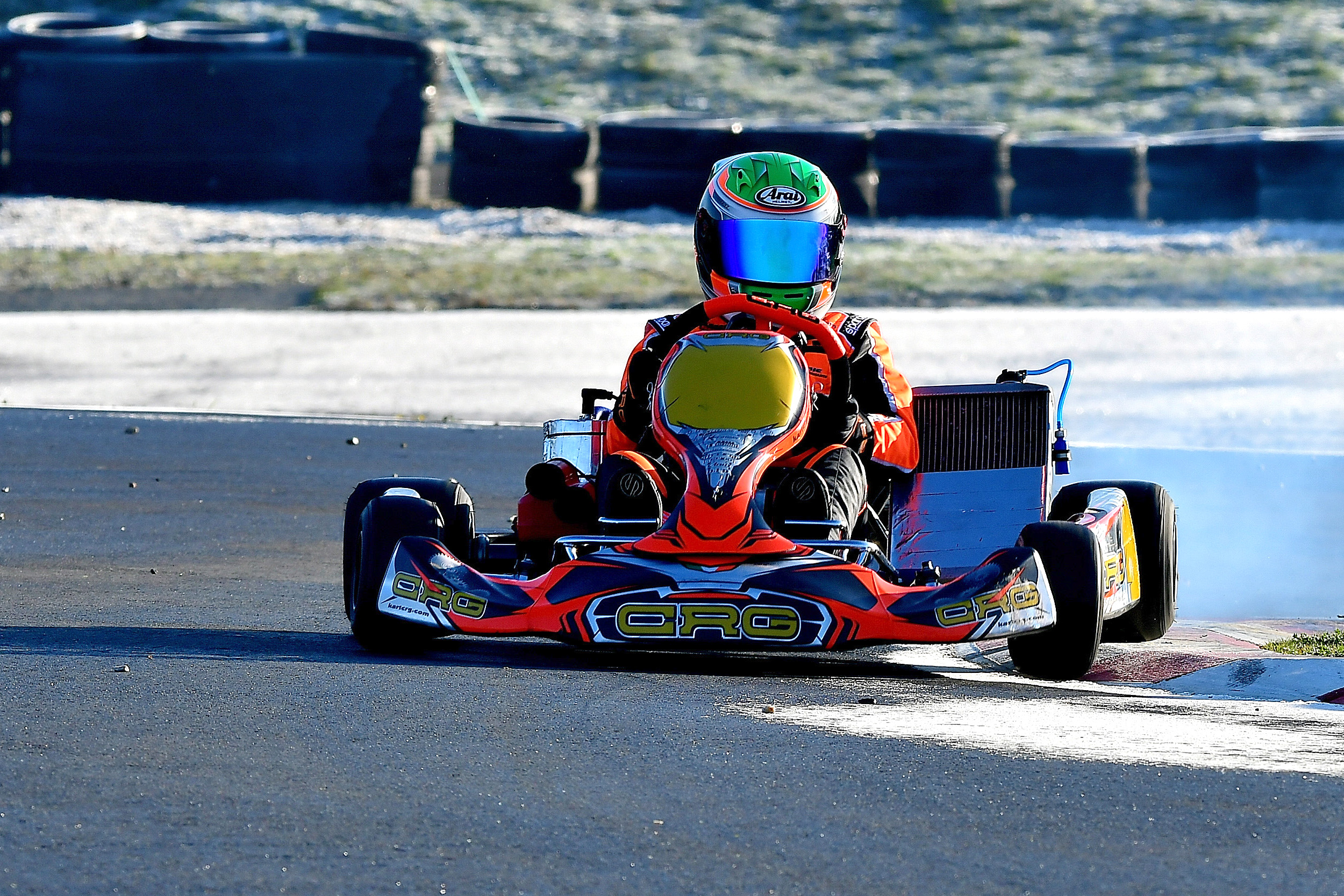 The curtain fell on Arthur Rogeon’s 2020 season in November on the final evening of the world championship in Portugal. In-depth reflections then began to analyse the months that had passed to prepare the best strategy for the driver from the Pays de la Loire region of France to move up to OK, the top category in ‘traditional’ direct drive karting. After talking to several Italian factories, it was decided that the best course for him to follow would be to join CRG, winner of a raft of world titles. Arthur, who turned 14 in September, will have a 100 per cent international season culminating in the world championship in Brazil. He is also determined to shine in the French round of the European Championship that will take place less than 100 kilometres from the family home!

Between two seasons, the temptation is always to look back at the past. While Arthur is obviously unhappy not have won any races in 2020, he showed on several occasions that he was capable of fighting at the front. He also showed his mettle in his role as team leader. Above all, when you watch him testing it’s easy to see that he is no longer the same driver as he was one year ago. “I learned a huge amount in my last season in Junior. I’m now able to manage a meeting over several days and a race from the parc fermé to the finish. I’m getting better in every area; I’m more consistent in the races and I can now set my fastest lap earlier on in the qualifying session even if I can still make progress in this precise domain. I’ve also improved greatly when I’m scrapping for places. I’m tougher, or rather less inclined to yield. But I still have more work to do.”

And he’ll really have to be in the groove right from the start as the OK category is unbelievably competitive. It’s probably true to say there’s not such a difficult challenge in karting than the one Arthur has taken up this year. What’s more he’ll have to step up to the plate as his new employer’s chassis have enabled Lewis Hamilton to win a World Cup and Max Verstappen to become world champion. “I’d like to thank Mr. Tinini for putting his trust in me,” says Arthur. “I’ll do my utmost to make a success of this apprenticeship season and in return bring home the best possible results.”

On his initial contact with CRG at the beginning of September Arthur had his first session at Lonato, near the factory. Then when he returned to Italy to sign the contract the driver from Laval continued getting to grips with the OK category and his new mount. “I’ve got equipment to help me train in France and I’m beginning to prepare my season. The OK engine (a 125 cc 2-stroke) has a lot of grunt with almost 40 bhp, around ten more than in OK Junior. The chassis behaves differently with such an amount of power and the driving style’s very physical. At the end of the day, I don’t feel like staying up!”

Arthur is continuing his studies in Pôle France, a structure put in place by the FFSA Academy to combine schooling and top-level sport. “During a normal week we have lessons on Monday afternoon and then from Tuesday to Thursday all day. We have two-hour sport sessions three or four times a week. This year I have fourteen races on my programme compared to nine in 2020, which would be impossible without the help of Pôle France.”

His calendar will hinge around his priority aims in the FIA Europe and World Karting Championships. All that now remains is to receive confirmation of the date of the first race hoping the continuing health crisis won’t delay the start of the season for too long.