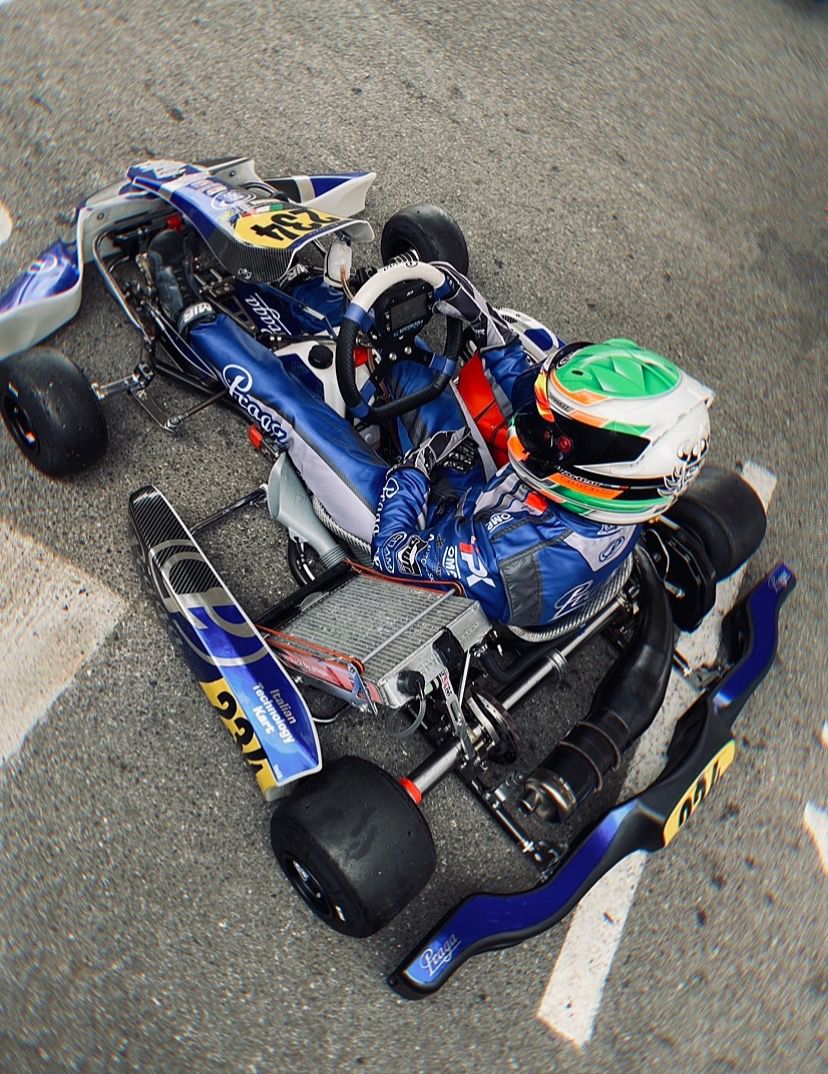 Arthur Rogeon has chosen to join the Praga Racing Team for the last part of his 2021 season and he will be driving the IPK factory karts, world champions in 2020. The young French kart racer entered for the OK category has found the ideal environment to reboot his career already rich in numerous sporting performances both nationally and internationally. Arthur’s debut at the wheel of his Praga-IAME took place at the WSK Open Cup and finished with a top-15 finish full of promise.

Praga is one of those great names in the world of the motor car as the Czech brand was founded in 1910 at the time of the Austro-Hungarian Empire. It is present in GT racing and around 10 years ago Praga decided to invest in karting by installing its factory in Italy where most of the major world manufacturers can be found. “I immediately got on with all the members of the Praga team like a house on fire,” Arthur smiles. “I felt that they really wanted to help me progress and enable me to achieve my objectives. Right from the start, we were on the same wavelength, which is very important to grow together in complete confidence.”

Almost two months after the European Championship final in Spain Rogeon couldn’t wait to rediscover the ambience of the paddocks, and above all to have his first taste of his new kart in real-life conditions. The Italian WSK Open Cup run over two meetings proved to be just the ticket for him to get back in the groove, try to score a good result and prepare for the next world championship at the end of October in Campillos in the south of Spain. “It’ll be the last big rendezvous of the season and I hope I’ll really show off my skills there.”

The WSK Open Cup began on the South Garda Karting circuit in Lonato. “The race format in the WSK Series is different to the other events. At the end of the heats, the drivers are divided into two groups and you have to finish in the top 17 in your pre-final to qualify for the final. I made a really good start and gained several places when an incident brought my race to a sudden stop on the first lap. It’s a pity as the times I set in the heats were pretty good.” Two weeks later at Adria near the Adriatic coast he clearly showed his competitiveness and his incisive driving style.

“From practice to the pre-final I kept on progressing: 24th fastest time, 19th after the qualifying heats and 18th after the pre-finals. The final unfolded in a particularly confused fashion. It began with a brush with another driver that dropped me back to the end of the field with a twisted chassis. A few laps later a spectacular crash brought out the red flags. My mechanic Freddy Martins and I took advantage of the interruption to straighten the chassis. I rejoined with the bit between my teeth and fought back from 32nd to 14th place. Finally, my Praga-IAME combination proved to be very competitive.”

The ASK Laval driver was quick and consistent; he reassured himself at Adria and he’s already looking to the future with the OK World Championship. In the last few weeks he’s also been able to test himself in the very hotly-contested, very technical KZ2 category that uses 125 cc engines with gearboxes. “It’s quite different to OK, in particular the starts. In OK there are flying starts and in KZ2 standing starts. Although I still have a lot to learn I feel I’m improving quickly. In my first race in the Trophée de Bretagne I finished third setting pole position and the fastest lap of the race in the final. Then at a French Championship event where I was back with the Kart Management team, I failed to qualify as I messed up my starts too often, but I finished on a positive note by winning the B-final.”

Direction the OK World Championship in Andalusia from 29th to 31st October!