Europe: Arthur Rogeon on a good roll in Scandinavia! 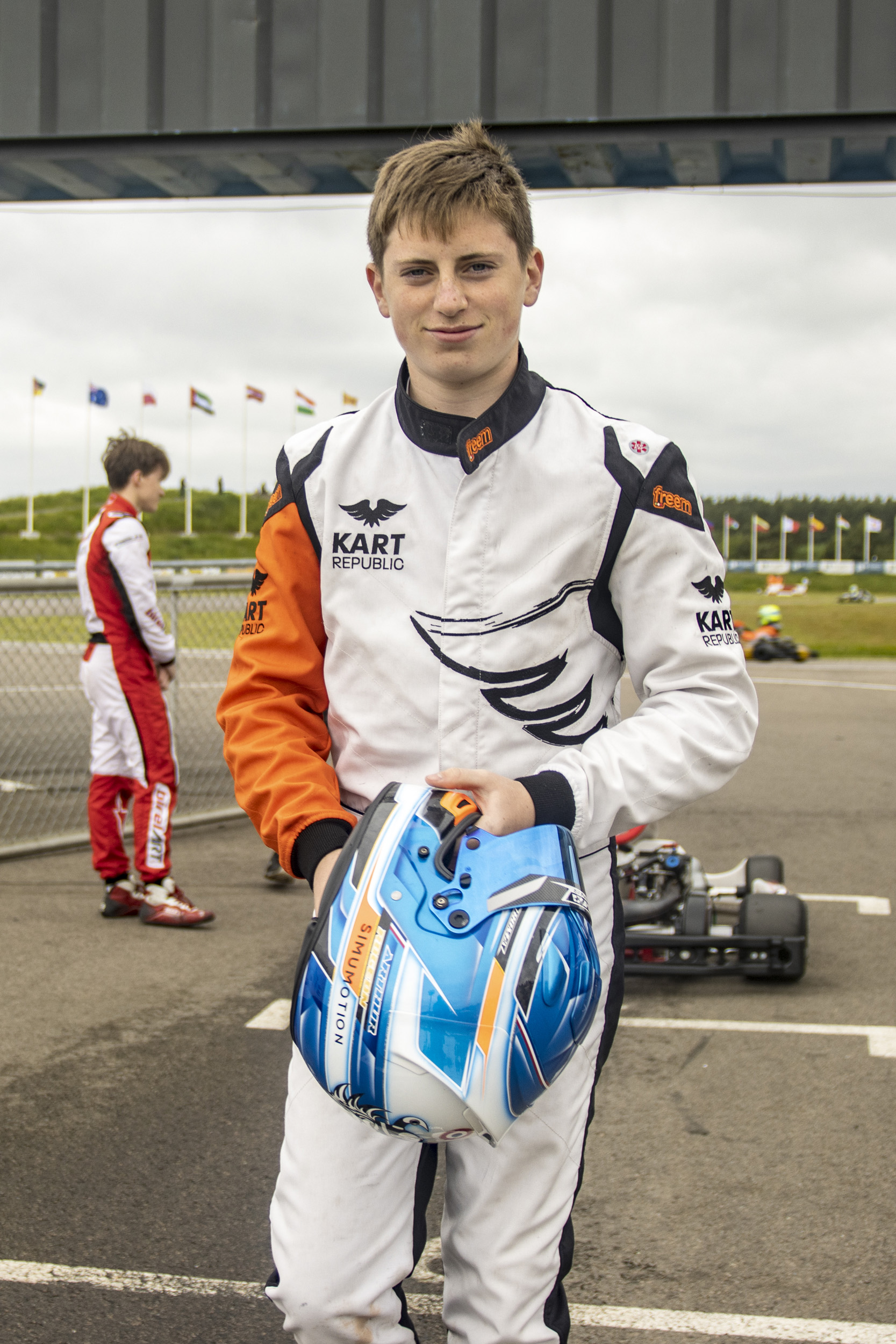 Round 3 of the FIA Karting European Championship @ Kristianstad, 3-5 June 2022

Two weeks after the Champions of the Future Euro Series in which the driver from Mayenne again put on standout performances among the world elite in karting, Rogeon was back in the south of Sweden at the Kristianstad circuit for the third of the four events in the FIA European Karting Championship. The weather conditions in particular had evolved and the VDK Racing team’s driver was faced with new challenges. Once he put the early difficulties of the meeting behind him, Arthur made good progress in the final.

The European OK Karting Championship with 87 entries from almost 30 nationalities is one of the major international karting competitions. Today, Rogeon is one of the drivers able to fight for a place among the front-runners on a regular basis thanks to his growing maturity (though he’s only 15), his desire to always do better and the considerable experience he’s accumulated.

Despite this, a kart driver is never free from having to cope with the unexpected as Arthur explains: “As the track was dry on Thursday morning for the first two free practice sessions we had to run in the engines. Then it began to rain and we were not able to carry out the tests as initially scheduled in the two afternoon sessions. The time lost meant that we weren’t in the best conditions to tackle timed practice that’s so important at this level. First of all, from a technical point of view and also as far as my driving is concerned. The grip level of the track had changed since the previous race and I should have questioned my trajectories to try and find the maximum amount.”

So he had to make do with the 29th time. From the first heat onwards he found more speed and scored an eighth place finish. The next day after being second quickest in his warm-up, he fought his way up to seventh in the second heat with his fastest lap in the same tenth-of-a-second as the leaders. He again finished in the top 10 in the next three heats, but was hit with a penalty for non-compliance of the position of the front fairing. The outcome was that in the cumulated classification of the qualifying heats he gained only three places and was classified 26th. This was his position on the grid for the final despite a successful Super Heat on Sunday morning at the wheel of his KR-IAME kart.

“My pace in the final was very good. The start was absolutely chaotic in the middle of the field and I wasn’t able to gain as many places as I wanted. But I was then able to overtake several drivers. If I’d had a few extra laps I’d have scored points in the championship (reserved for the first 15).” So by finishing 16th after pulling back 10 places Arthur took away a lot of positives from his double trip to Sweden, two weeks after his stunning pole position in the preparatory race.

“These two events have helped me to gain more self-confidence. I have the speed and I’m increasingly at ease in the pack. The working ambience in the VDK team is excellent and I would like to thank them as well as my engine supplier KVS and all my partners.”

The next event will take place in Lombardy and the outcome of the Champions of the Future Euro Series will be decided at Franciacorta on 24-26 June.