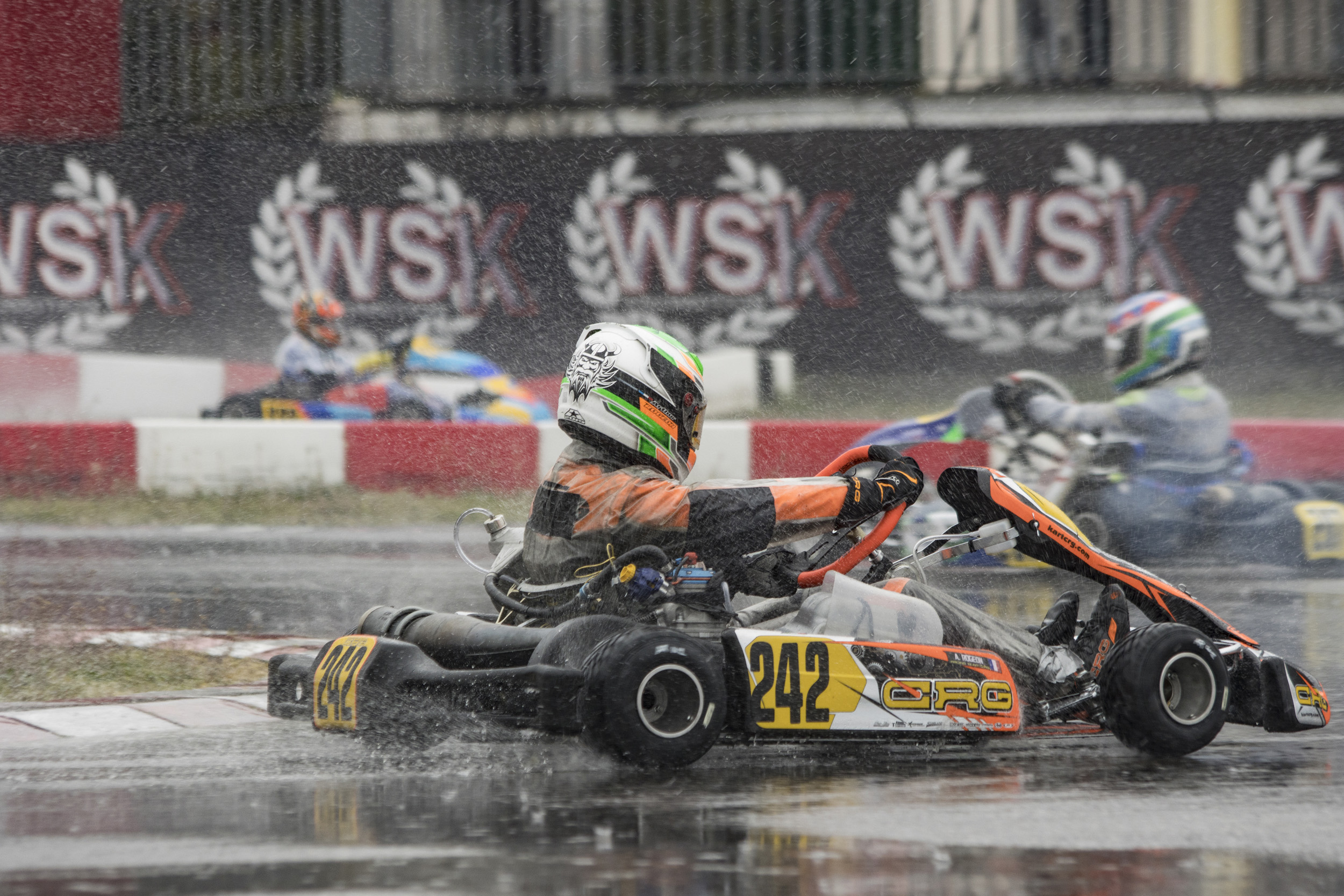 Arthur Rogeon continues learning the ropes of the European and World Championships in the OK field, the top category in karting without gearboxes, in which he’s driving for the CRG manufacturer’s works team. The 14 year-old from Laval is on tour in Italy at the moment: after Adria on the shores of the Adriatic and Sarno near Vesuvius he took part in the first round of the WSK Euro Series on the Lonato circuit beside Lake Garda. The way the weekend unfolded was similar to the first two as Arthur put on a great performance in the pre-final and qualified for the decisive race – but the final didn’t live up to his expectations as he never even made it to the start because plug failure prevented him from taking up his place on the grid!

The fact of competing against the elite with a manufacturer enables a young driver to really build up his technical knowhow. Since the start of the season Rogeon has been kept very busy and he has run through new technical solutions almost every time he’s taken to the track. At Lonato the chassis, which had performed satisfactorily at Sarno, received fresh modifications. What did he think of them? “I found this iteration handled better and was easier to drive. But of course, the others hadn’t been twiddling their thumbs! So we have to continue working.”

In timed practice he finished just shy of the first half of the field by setting the 25th-fastest time. Should he shod new tyres during the warm-up like the majority of his rivals and be better prepared to tackle qualifying? Difficult to make the right choice in what is an expert’s debate. The heats were pretty chaotic and Arthur fell back to 31st place. True to form, he fought back in the pre-final and qualified in 12th place in the rain putting him on the inside of the 12th row for the final for which, unfortunately, he was unable to take up his place on the grid.

“I was forced to complete a slow warm-up lap and had to return to my mechanic who readjusted the carb settings and changed the plug. He gave me a push start, but a marshal prevented me from rejoining the circuit as the race had already started.”

A pity as Rogeon was the highest-placed CRG – and French – driver on the grid for the final. The Circuito South Garda Karting will give him an opportunity to take his revenge at the next WSK Promotions event on 23-25 April.