Kristianstad: Arthur on pole and fighting for the win! 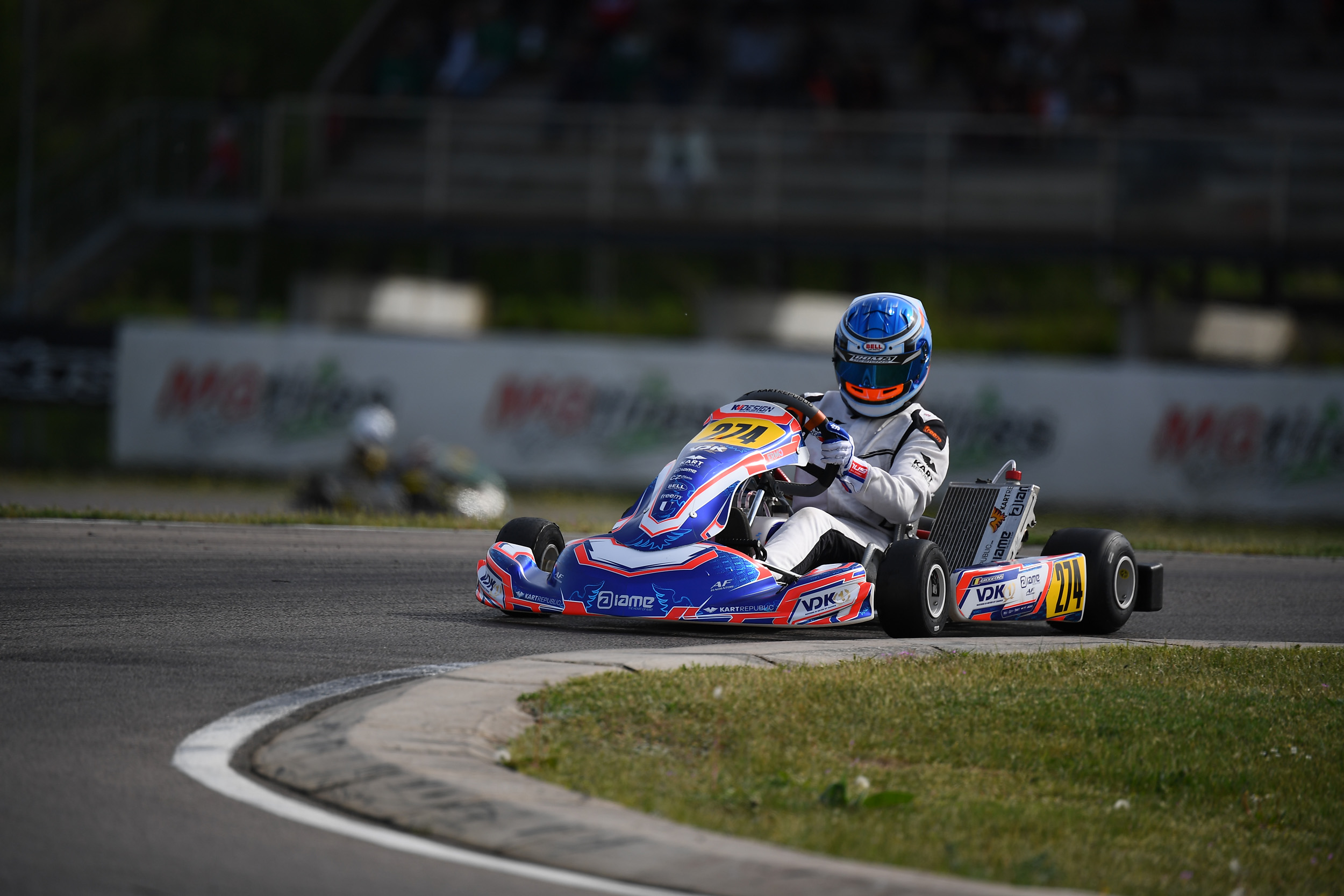 After coming close to the Top 10 in Zuera, Arthur Rogeon took another step forward in Kristianstad, during the preparatory race for the next European championship event. This time, the young man from Laval, France took pole position before winning four of his five qualifying heats! Just as he was preparing to win the final, a technical problem thwarted his plans, but it is clear that the VDK Racing driver is now one of the potential winners in the very select OK category!

It seems that we are witnessing the metamorphosis of a driver this season and before examining the course of his weekend, we asked Arthur about it: “I have improved my driving and my mental state with the help of my coach Julien Abelli (Simumotion), with whom I am always in contact. In addition to preparing me a high-performance kart, my VDK Racing team also makes me work a lot on my driving, to improve the management of tyre degradation in particular. Today, I have much better control of tyre wear, which is key with the MG rubber we’re using in the OK category. And finally, I am happy to be able to count on Freddy Martins, my mechanic, we get along really well. He is the first person I debrief with in the parc fermé and he is the one who makes the set-up in connection with the team. He gives me a lot of advice because he has a huge experience in karting.”

Arthur’s stay in Sweden lasted approximately two weeks, with two days travel in the team’s van driven by Freddy to the Kristianstad circuit, east of Malmö. In the week leading up to the third round of the Champions of the Future Euro Series, the competitors had the opportunity to do three days of testing. “From the very first laps we knew we were competitive and this was confirmed on the first day of the meeting itself,” explained Arthur. “On Thursday evening I was the fastest. I had the speed to aim for pole position, provided I was inspired during the qualifying session!”

Duly noted. Arthur positioned himself behind one of the best drivers in the field, completed two flyers, the second of which gave him the first pole position of his international career, 0.003 seconds ahead of the reigning World championship runner-up Luigi Coluccio. No less than four World Champions were among Arthur’s 65 other “victims” in this qualifying session.

Of the five qualifying heats on the programme, Arthur won four. In the fifth heat a small mistake on a drying track cost him a few positions. Later, a rival forced him wide and the battle that followed resulted in a penalty. Then the French young gun finished 7th in the Super Heat which placed him 5th on the aggregate standings and on the grid for the final. Unfortunately, a sudden and unexpected lack of power deprived him of a top result in the decisive race and he had to settle for 19th.

The work done during these days of testing and competition was not in vain because, as its name indicates, the aim of this preparatory race was to be in place for the penultimate round of the FIA European Karting Championship. “I’m quite confident because we have the speed, both in the rain and in the dry. If we avoid small mistakes, we can hope to win next week.” See you in Kristianstad on 3, 4 and 5 June.