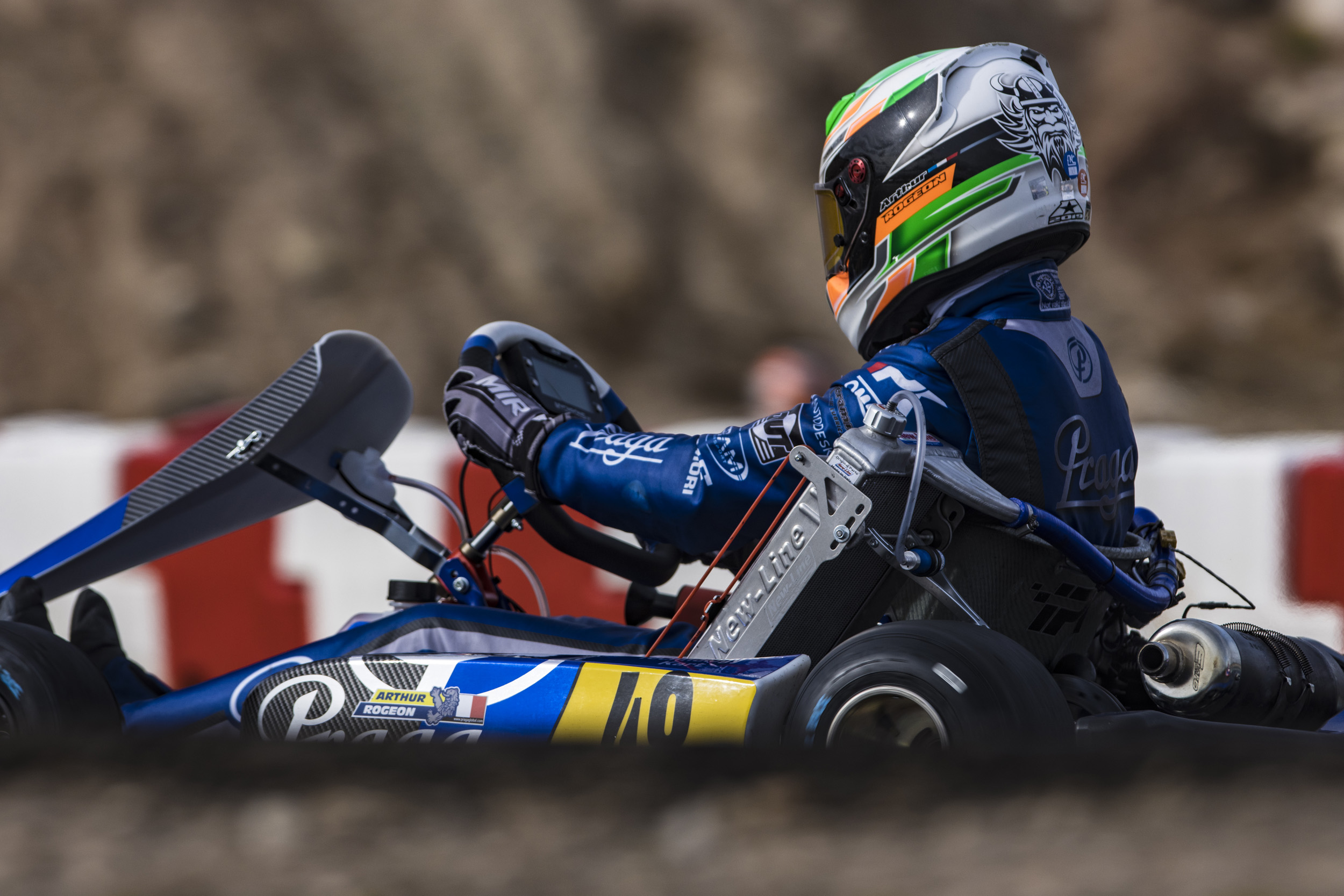 Finally, the FIA World Karting Championship, initially scheduled for Brazil, remained in Europe and took place on the Campillos circuit in the south of Spain. Arthur Rogeon put in a lot of effort and trained tirelessly for the most important event of the season in the OK Category in the midst of drivers considered as the best hopes of tomorrow in world motor sport. The young Frenchman showed he was very quick with the Praga Racing Team in Andalusia. While the final result did not match up to his ambitions, the driver from the Pays de la Loire region gathered rich experience in his first year at this level and he already has great hopes for 2022.

The most eagerly-awaited and coveted event of the season brought together 74 drivers from 28 countries and five continents as well as the best international teams representing the principal manufacturers involved in karting. Rogeon who has just turned 15 was among the youngest drivers in the field, but also among the most determined. He gained confidence in the free practice sessions before the event.

“First of all, I took part in the Champions of the Future series, followed by two days private testing before getting down to the nitty-gritty,” Arthur pointed out. “The 1580-metre long Campillos circuit is far from easy with very technical strings of corners in sector 1, off-camber corners in sector 2 and a quicker section in the final part. The setup work done with the Praga Team bore fruit. We were divided up into four groups and I finished the last free practice session with the seventh time in my group only two-tenths slower than the quickest. In timed practice breaking into the top 30 – even the top 20 – looked to be a real possibility.”

Unfortunately, the result turned out to be pretty far removed from the French driver’s aspirations. “In OK the fastest times are generally set early on, on the second or third flying lap maximum on which my time was a tenth faster in the first sector compared to the previous lap. I thought I was really on my way to putting on a great performance. Unfortunately, I came across a slower driver and I lost time so the improvement I was expecting didn’t materialise. Finding myself in 48th place was pretty disappointing.”

Arthur knew that to break into the group of 36 finalists he had no margin for error. In the first heat he again set some very quick times and made an excellent start as well as pulling back nine places in 10 laps. Because his front fairing was incorrectly positioned at the finish he was given a 5-second penalty and slipped back to 17th spot. His competitiveness and that of his Praga-IAME ensemble were confirmed in the second heat with a fight-back from 19th to ninth place as well as setting the fourth-fastest lap. Qualifying for the final seemed well within Arthur’s reach before fate dealt him a mortal blow in the following heat.

“In the third corner another driver slammed into the back of my kart punting me off the track and it was too badly damaged to finish the race. I had no choice but to retire.” Rogeon had to really pull something out of the bag in the final heat on Sunday morning. He had to make another fighting comeback. He started in 20th place and finished 12th. Unfortunately, he had accumulated too much points in the four heats and he ended up in 42nd position. “It’s really infuriating to have missed out by just a few points because of a collision in which I was an innocent victim.”

Although frustrating in terms of results, Rogeon’s 2021 sporting season has been an instructive and enriching one. The young kart driver from Laval has gained maturity and experience. He’s ambitious and with the support of several loyal partners, he’s determined to reap the fruit of his progress to fight at the front in 2022 and aim for podiums both at international level and in selected races in France. Watch this space…