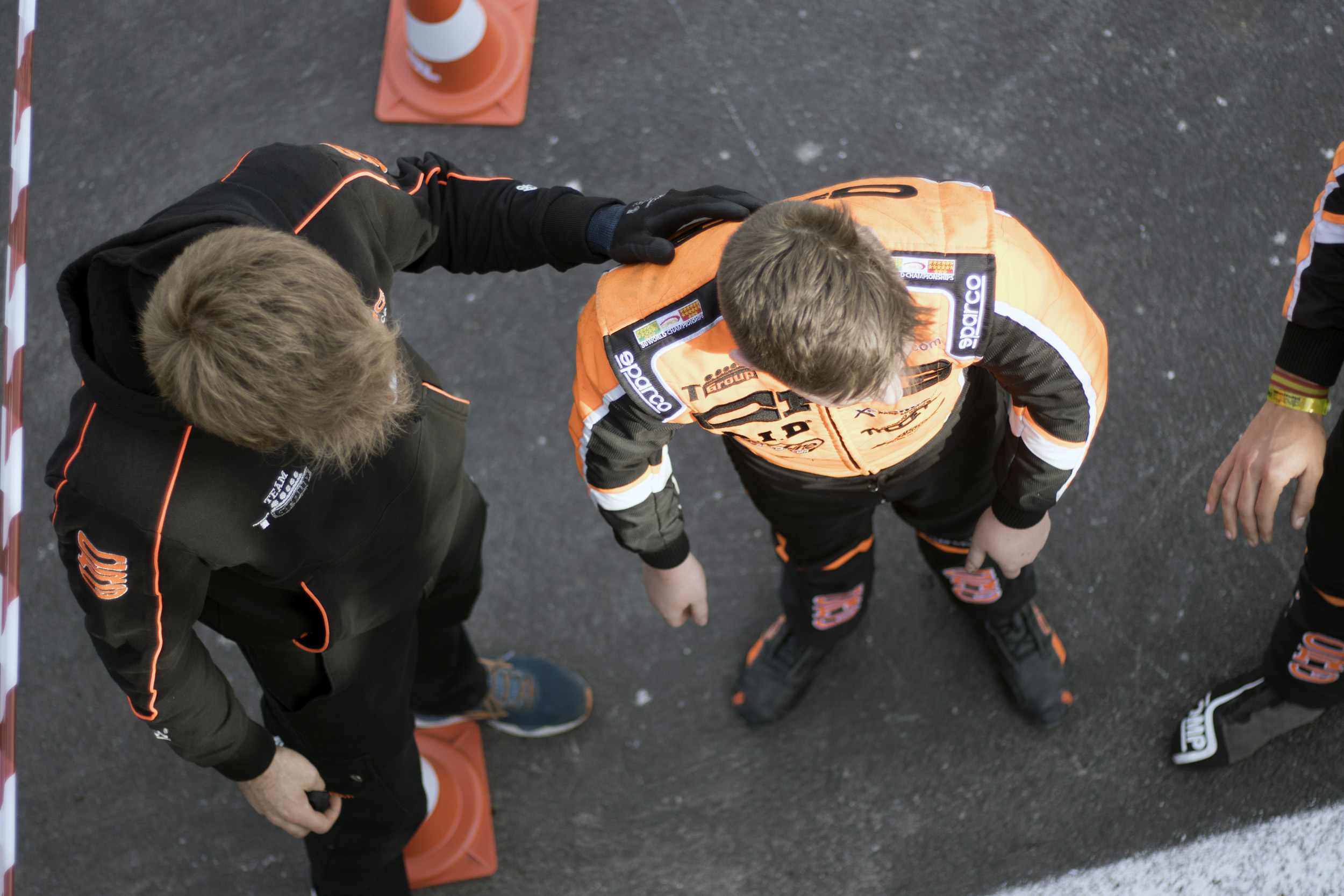 Arthur Rogeon had his second race of the season in the WSK Super Master Series near Naples. The youngster from Laval, France fought like a lion on the newly-renovated Sarno circuit as his team put in a huge effort to turn round a situation that seemed compromised from the outset. This fighting spirit paid off and propelled the no. 253 CRG-IAME driver into the final. He rounded off his weekend by moving up 27 places in the race itself compared to his position in practice!

“On Wednesday and Thursday in free practice the technology kept playing up,” said Arthur. “We tried to find solutions, but without making a noticeable improvement to the situation for qualifying on Friday morning. I couldn’t do any better than the 54th quickest time.” The first heat in the wake of qualifying was a race from hell. Fortunately, it ended in the early afternoon so the CRG team had enough time to try and find a new path to salvation. The result was a chassis change and this enabled Rogeon to see some light at the end of the tunnel.

“There was a sudden big overall improvement in my kart’s performance and I began to lap only one-tenth-of-a-second slower than the top guns compared to seven-tenths in the first heat,” the French driver underlined. “Unfortunately, at each start I had to cope with the consequences of our poor display in qualifying. I had to start from the back of the grid and take risks, but I still managed to gain an aggregate of 12 places in the three heats.” Rogeon’s morale was boosted by his excellent fifth-quickest time in the warm-up for the odd numbers on Sunday morning. He really put the hammer down as he fought for qualification in the pre-final starting in 21st place with the aim of finishing 17th minimum. He clinched 13th spot thanks to a stunning performance!

Arthur made a super start and then it all went south at the end of the first lap. “I made a great getaway as I gained 11 places and I was getting ready to fight it out in the top 15 with the front-runners. Unfortunately, I made a mistake, went off and found myself in the pit lane. It was as if I’d served a drive through! I was able to rejoin, but a straight and a half behind the others who didn’t wait for me. To make amends I pushed like crazy and I caught the pack. The main thing is that we’ve rediscovered our performance thanks to the chassis change and the work done on the engine. If we can build on this momentum we could be fighting at the front at Lonano at the launch of the WSK Euro Series.”

This race will take place this coming weekend between 9-11 April.