Yet again Arthur Rogeon shows off his out-and-out speed! 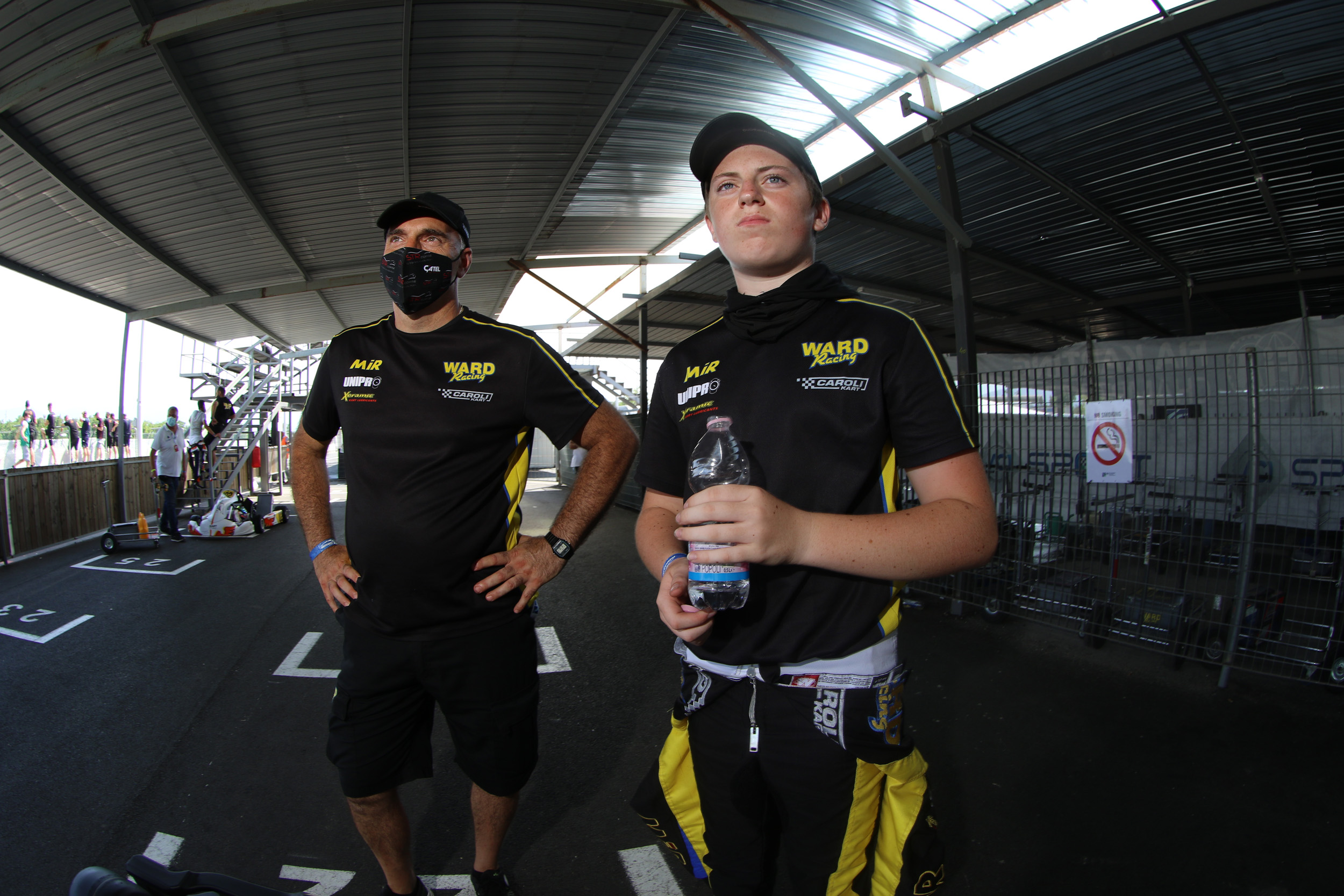 The third round (out of four) in the FIA European Karting Championship took place on the Sarno circuit near Naples. The young French driver from Laval, Arthur Rogeon, emulated his feat in the Belgian round in May when he set the fastest time in his group, by putting on a stunningly competitive performance in qualifying in Italy. Thus, he started on the third row in the heats, but setbacks, in particular technical glitches, prevented him from making it into the final even though he had done so in style in the French round. He still has the final in Spain to take his revenge.

One could write a handbook of incidents that could throw a spanner in the works of a driver in karting in general and in an international event in particular. Here’s a sample endured by the Ward Racing protégé in Sarno. In the first heat, Arthur was lying fifth when he tried to fight off an attack by the reigning European Junior champion. He found himself off the track, dirtied his tyres and fell back down the classification. In the third heat, he was running in sixth spot when the two drivers directly in front of him collided and he had to take avoiding action going off the track and falling away from the front-runners. And the incorrect position of his front fairing following the chaos earned him a 5-second penalty!

The raw speed’s there, but there’s not enough top speed!

Although the second and fourth heats went off without a hitch, the Frenchman suffered on the straights without being able to fully compensate in the more technical sections. “In these conditions you become a sitting duck and you can’t keep closing the door for ever,” regretted Arthur when drawing conclusions. “The positive point is the Tony Kart chassis that’s still a model of efficacy and balance. Concerning the rest, I have confidence in Joakim Ward and his team to find a solution to the problem for the next two races in Zuera.”

Arthur will have a preparatory race this coming weekend – counting for the Champions of the Future series – that will precede the final round of the European Championship in the top karting category, which will be held on the International Zuera circuit on 23-25 July, a stone’s throw from Saragossa (Spain). It has one standout feature; it’s the longest track of the season measuring 1,700 m!