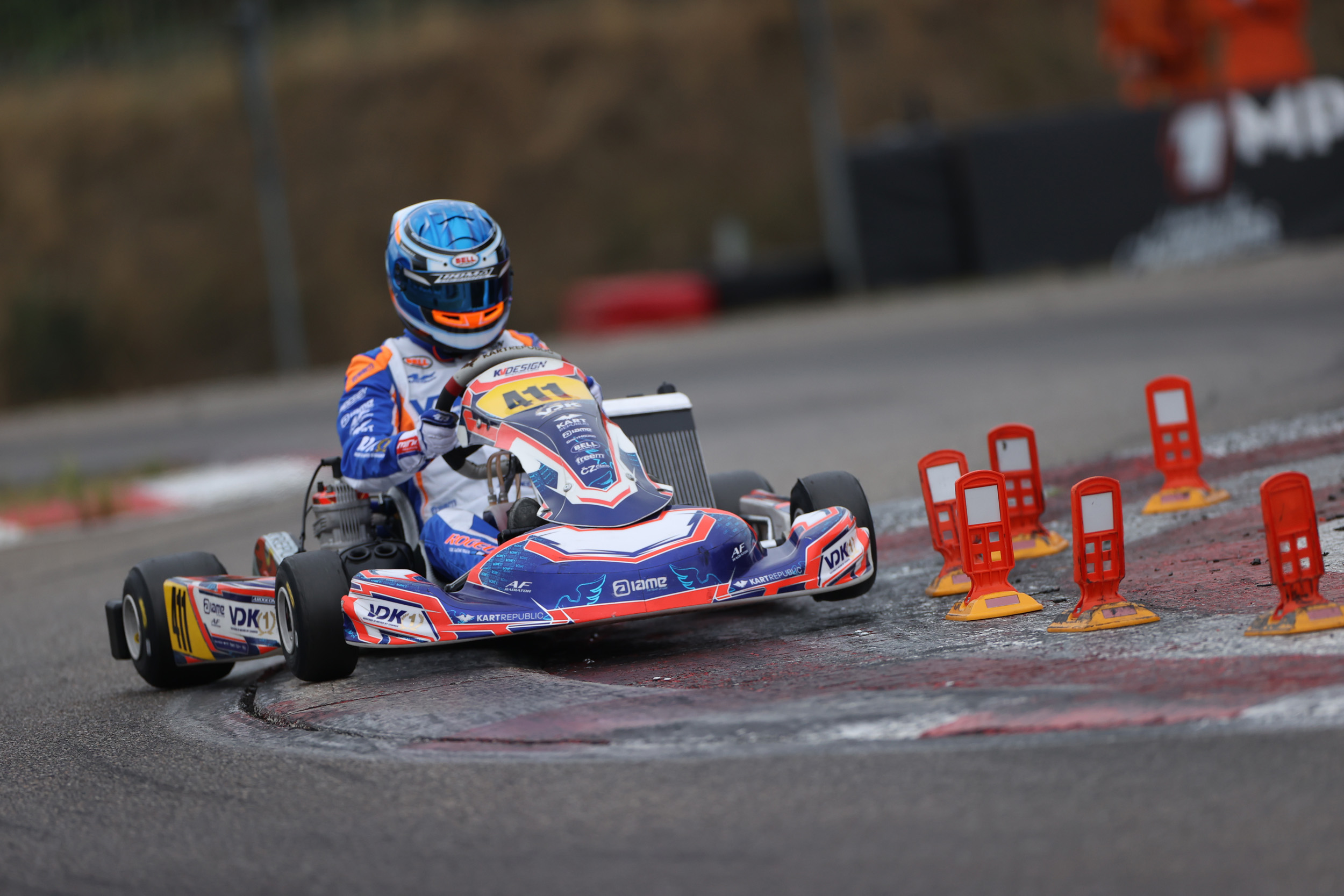 Arthur Rogeon from Laval, France was in Belgium last weekend where he took part in a race in the IAME Euro Series to play himself back in before tackling his first world challenge of the year, the KZ2 World Cup! On his international debut at the wheel of a 125 cc shifter kart with the Kart Republic works team, Arthur will have his work cut out as out of the 126 entries only 36 will qualify for the final. In the light of the searing pace he set in Genk last weekend an exploit on home turf is not out of the question.

His participation in the final event of the IAME Euro Series at the end of August was for more than just one good reason. Besides the indispensable session to help him get back into the rhythm after the holidays, it once again helped show off Arthur’s speed and his remarkable powers of adaption. “In terms of power, the X30 kart in the IAME Euro Series which I discovered in Genk is similar to the OK Junior I drove two years ago, but with 18 kilos added!” was how he described it. “My team VDK Racing is a really good specialist in this category. At the end of testing on Thursday with new tyres and one of the race-prepared engines I was very very quick. I confirmed this by setting the fastest time in the first free practice session on Friday morning.”

Up against 82 rivals who were much more used to the IAME X30 kart than him, Arthur began by setting the third-best time in qualifying which was quite as good as a pole position. He went on to clinch the fastest time in the first of the three groups when the track was soaking wet. So the only drivers who classified ahead of him were those who had dominated their respective groups on a drier track.

In the heats and the Super heat the youngster from the West of France finished in the top 6 six times out of seven including two third places. In the final just after he set the fastest lap and had fought his way up into sixth place a collision dashed his hope of a podium finish.

Now all eyes are focused on Le Mans where Arthur will line up in the ultra-competitive KZ2 category on 2 – 4 September, a few days before his 16th birthday. If these machines are compared to the karts he’s been driving up to now one of the main differences is that they have front brakes. The KZ 125 cc 2-stroke engines develop almost 50 bhp transmitted through a six-speed gearbox using technology similar to that of a motorbike. The clutch operated by a lever under the steering wheel is only used for the standing start. So it’s all pretty brutal!

Arthur had the opportunity to get to grips with his KR-IAME during the preliminary test days on the Le Mans circuit on 14 – 15 July. “I set encouraging times and now I have to achieve a good place on the grid for the seven qualifying heats and make good starts.”  Rendez-vous in the Sarthe to encourage the French delegation and enjoy the show that the best drivers in the world are preparing for us!